Greenlee follows Ryan and Madison to NYC and makes trouble. 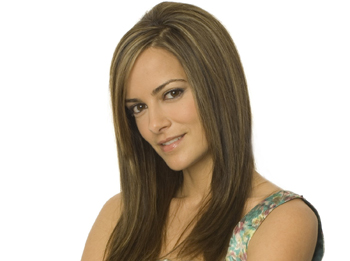 Pulse Poll Rankings for Wk. of 6/28/10 | Vote for your favorite actor, actress, and couple for the week of 7/5 in the Pulse Poll beginning at 4PM!

Erica gives Jackson the lowdown on her experience with Caleb in the mountains. Erica is determined to severe all connections with Caleb, but can’t fight the sexual chemistry between the two. Jackson is worried about his relationship with Erica, and Krystal tries to reassure him that Erica loves him. Caleb asks Erica what she wants from him and he doesn’t like her answer. Jackson shows up and demands to know what happened. Erica lies to Jackson as to why she was with Caleb. Erica digs up information on Caleb and questions his identity. Caleb admits to Erica that Adam Chandler stole the woman he loves. Caleb kisses Erica and admits he’d put aside his life in the peaceful mountains for her.

Greenlee is upset that she’s not invited to Jackson and Erica’s wedding. Ryan helps a drunken Greenlee back to her room. Greenlee admits to Ryan sometimes she wakes up thinking that he’s lying next to her. David overhears Greenlee. After learning that Ryan and Madison have gone to New York, Greenlee books a flight and gets inside Ryan’s hotel room. Ryan finds Greenlee in his bathtub and kicks her out.

Tad refuses to believe Liza when she says Damon’s acting out again. Colby wonders if Damon is cheating on her. David tells Frankie that he’s at the top of the list to be let go as a result of budget cuts. Madison impresses Ryan. Madison admits to Frankie that her trip to NY with Ryan could be a turning point in their relationship. Jesse asks Jake to keep an eye on Angie. Angie has another visual disorientation attack JR saves Annie after a client comes on to her. David’s taunting gets to Jesse.

Marissa is upset to learn that Annie will be heading up the PR at Chandler Enterprises on Monday, July 12

Ryan lets David know that Jesse will catch him sooner or later on Tuesday, July 13

Erica asks Jackson to postpone their wedding on Thursday, July 15