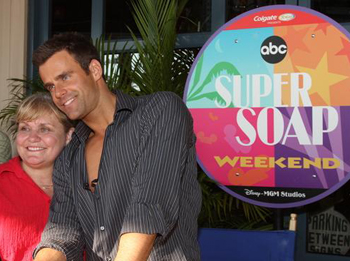 If you’re an ABC soap fan planning on going to Walt Disney World in Orlando, FL on November 15 and 16th, consider yourself lucky. This will be the last year for fans to attend Super Soap Weekend.

If you’re an ABC soap fan planning on going to Walt Disney World in Orlando, FL on November 15 and 16th, consider yourself lucky. This will be the last year for fans to attend Super Soap Weekend. The weekend has always been a favorite of fans so that they can see and interact with their favorite soap stars. However ABC does not want to disappoint us. This year there will be special retrospectives and productions scheduled. There will be the traditional parade and autograph signing. Plus bring your cameras so you can get all the pictures of your favorites!

The reason that ABC is making this Super Soap Weekend the last one is simple. Next year ABC wants to do more events in more cities. Instead of one large event, they want to have smaller events throughout the year. This way fans will have a better chance to see their favorite stars from All My Children, One Life to Live and General Hospital. It’s a win-win situation all around.

For more information about Super Soap Weekend, call the Super Soap Hotline at (407) 397-6808 or visit ABC.com