What is there NOT to talk about Guiding Light? I mean sure, we can talk about the popular return of Grant Aleksander, but I’d rather talk about the more embarrassing scenarios that have previously happened in the town of Springfield.

There is nothing more disturbing than when something that is considered to be the utmost of importance in your life tragically takes a downfall for the worse. Or when a certain heirloom that has been passed down in your family from generation to generation is missing or even worse destroyed. I’m sure that we’ve shared these kinds of experiences, but how we choose to deal with them is completely different. Hello readers as I would like to fervently apologize to all of you as I have been hiding away from the vicious paparazzi. No actually, I’ve had to take an extensive hiatus due to family reasons plus I’ve rarely had time to myself, but hopefully, they will eventually subside. From the bottom of my heart, I truly miss all of you especially my TVSource Magazine family and that I’m in hopes that my life will return to some kind of normality. Because believe me, my fingers are crossed that I can return and talk to many of you on a regular basis. It’s just too hard to explain right now, but let’s talk about Guiding Light, shall we? Oh my!

What is there NOT to talk about Guiding Light? I mean sure, we can talk about the popular return of Grant Aleksander, but I’d rather talk about the more embarrassing scenarios that have previously happened in the town of Springfield. Things that have made me want to rip my hair out.

Right now, Guiding Light is so embarrassing that I feel like a shameful parent whose youngest child just ripped out a loud and stink fart at church in the middle of prayer. And what I truly mean by that is that when you flip over to ABC’s General Hospital, you see seduction, betrayal, and chaos. True, it’s mobster oriented, but it just looks good. And when you flip over to CBS’s Guiding Light, you see Joshua Lewis purchasing a cheap teddy bear for a post-menopausal/pregnant/cancer Reva at a convenience store as a surprise gift. Just out of curiosity, where the hell did this convenience store come from? To have what? To have some lame ass character remind themselves that they need to replace their smoke detectors or vibrators with Duracell batteries? Or to perhaps purchase some V8 juice because it’s filled with enriched vitamins such as A, B, and C? And I just LOVE how a box of Cheerios is spelled as Checrios and a pack of Extra spearmint gum is spelled as Bxtra. Oh, and don’t you just LOVE how certain items such as chocolate chip granola bars and saltine crackers are found on the same grocery aisle as Tide and Mr. Clean? What’s next? Are they going to show bags of Kingston’s charcoal briquettes next to a bag of Pampers?

And here’s an educational tip for all of you geography students who are learning about the Prime Meridian and the Equator; latitude and longitude; and all the bodies of water that surround the Earth such as the four oceans known as the Indian, Artic, Atlantic and Pacific oceans. But let’s also talk about time zones. Now when it’s daylight and the glorious sun is beaming down in the town of Springfield like a bunch of frangipani trees, it’s also the same time and the sun is shining down in other countries such as Russia, Sri Lanka, Korea, and Germany. Now let’s recall our Thanksgiving episode of Guiding Light where Dinah is “frantically looking” for a good doctor in Germany to save her brother who at that time was in a coma. Why would the “former princess” of San Cristobel walk on strange roads and ask a jogger for directions instead of renting a car or hailing a taxi from the airport? I guess what I’m trying to get at here is why is she walking around anyway? Have losers like Daisy and Grady been rubbing off on her or something? And what’s even more comical is that Dinah calls her mother Vanessa on the phone and she tells her that she’s feeling all melancholy. What’s her mother’s advice? Volunteer work. Yeah, that totally makes sense to me! Forget about the much anticipated sight-seeing visiting the country’s cultural landmarks or tasting their delectable foods. Just walk over to a hospital or at least walk to some random building that may look like a hospital and tell a German nurse that you’re visiting from the United States and that your heart is telling you to do some charitable volunteer work. Yeah … that sounds like a lot of fun.

Meanwhile, back in the fantasy world where delicious cotton candy trees, flowing milk chocolate streams, and creamy praline pecan lady bugs and grasshoppers exist, let’s talk about the useless character of Ashlee Wolfe. But you know what? I have a better question. Is her gastric bypass surgery storyline done and over with? If so, then where the hell was it to begin with? This character is as dull as Dawn dishwater. About a couple of months ago, I watched an episode where Ashlee thinks in her boring mind that if she interviews Rafe from prison on her “popular” blog, then he just may be released from prison for accidentally shooting Jeffrey. When I heard those words come out of homegirl’s mouth, my head turned a whole entire 360 degree turn like the poor little girl from The Exorcist and I was spitting out pea soup! Is this girl seriously for real? But I will tell you what she needs! She desperately needs a hard knock on her forehead and a psychiatric evaluation. Last but not least, she needs to get the hell over herself and her so called “popular” blog. Yeah, you heard me! Homegirl needs to write it, roll it, and stick it in her ear!

I’m sure many of you are wondering what this column is all about as I’m wondering the same thing too. It’s not that I’m trying to point out Guiding Light’s constant bloopers or their cheesy and meaningless sets, but could it be that I once considered Guiding Light to be the utmost of my importance because it felt like home? And then all of a sudden, I’m beginning to realize that it’s a home that I no longer recognize and it’s also a place where I feel like I have to ring the doorbell instead of simply opening the door. A show that was once full of high caliber has all of a sudden resorted and succumbed to a pitiful dismal abyss. A show that I once considered a precious heirloom was stolen from me and I feel that it will never be found again. Now before you decide to throw rotten tomatoes at me, all that I simply ask is that you let me pop around the corner and say, “Hey! It’s Just My Point of View!”

Coming up next on “Hey! It’s Just My Point Of View!”

It’s Part 2 of when heirlooms have gone astray, so stay tuned! 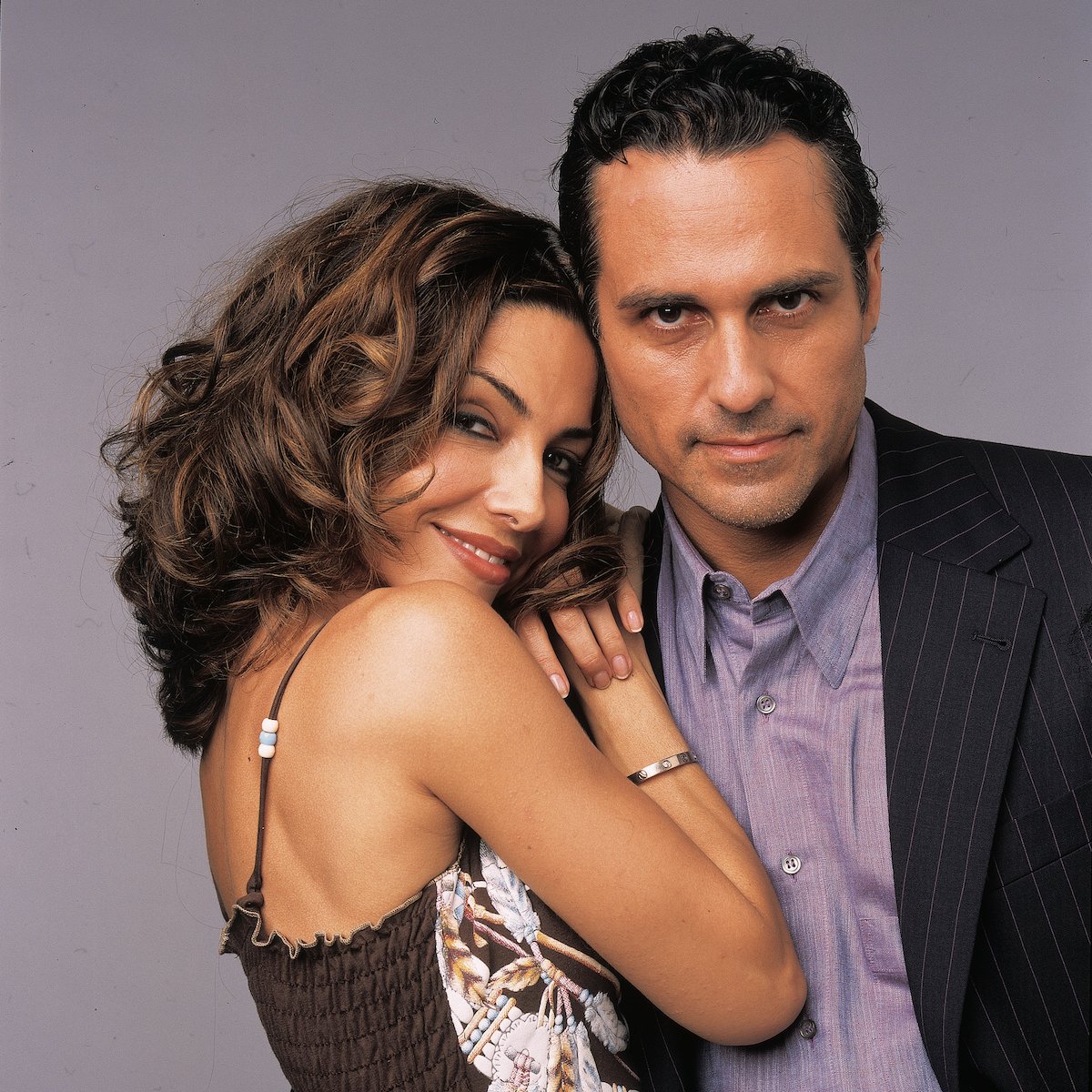 The Bold and the Beautiful was in high gear this week. Fists were flying, demands…

The Bold and the Beautiful is ramping up another quadrangle between Steam, Lope and Thope…