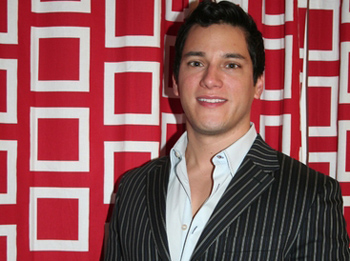 With the recent news that One Life to Live will feature a gay triangle this summer, the show has cast Broadway actor Nicholas Rodriquez in the short term role of Nick.  Rodriguez’s character will be dating Kyle Lewis (Brett Claywell) and as the two become close, Officer Fish’s (Scott Evans) feelings for Kyle will resurface.  Turns out Fish and Kyle were frat brothers who had a fling during college. Rodriguez’s is expected to first air on August 14th.

Michael Lowry will join the cast on OLTL beginning this summer. No details have been said regarding his character, but we do know that it’s a “character from the past”. Hmmmm. Could it be that Ross is coming back? Taping and Airdates will be announced soon.  Lowry is best known for his role as Jake Martin on All My Children from 1996 to 2000. He has also appeared on the CBS Daytime Drama As The World Turns as Les Sweeney in 2004 and 2005 and Dr. Hillman on “The Bold And The Beautiful”. Michael’s primetime credits include Las Vegas, The Drew Carey Show, Diagnosis Murder, Without a Trace and King of Queens.