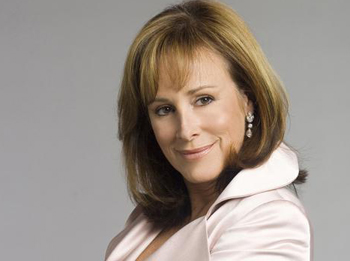 Nora’s feelings for Bo may put a damper on her wedding to Clint.

Stacy gleefully breaks the news of her pregnancy to Rex and Gigi. Gigi refuses to believe it until Rex admits he slept with Stacy. Gigi is stunned and disgusted with both Rex and Stacy. Rex unleashes his fury upon Gigi for lying to him, no matter her reasons, and Gigi accepts full responsibility for everything, including Rex having sex with Stacy. They kiss and make up and swear nothing will keep them apart.

Friends and family gather at Asa’s lodge to celebrate Viki and Charlie’s, and Nora and Clint’s, approaching wedding. Delphina has some eerie premonitions when Renee asks her to contact Asa’s spirit. The celebration seems cursed by a series of ominous occurrences. Someone’s lurking around the lodge and Jessica thinks she spotted Nash on the grounds. Later Jessica freaks out when Bree says her new toy was a gift from “daddy”. Brody’s concerned.

Nora becomes distressed while talking with Bo about their son. Bo’s comfort transitions into a lip lock that is witnessed by Matthew. Mathew leverages this information to blackmail Bo and Nora into allowing him to have the surgery that may allow him to walk again, but Bo calls his bluff. Nora confesses to Rachel that she and Bo kissed, and admits that her feelings are confused. She doesn’t want to hurt Clint and she’s not sure of Bo’s feelings for her. Bo confides in Lindsay who doesn’t provide the response he was expecting.

Marty is worried for Cole’s safety, but she tells John she’s ready to move forward with him. Viki and Clint find a gift that Asa planned to give them at their first wedding. Tea draws the line and refuses to play Todd’s games, and Todd makes every effort to be the man Tea wants. Blair and Dorian bemoan their single status and pamper themselves to soothe the sting. Cole gets the ball rolling with Asher and the undercover operation begins.

Bo and Rex have a heart-to-heart. Friends and family gather at Asa’s lodge to celebrate two impending weddings. Monday, July 27.

Rex unloads on Gigi. Todd asks Tea to be his date to the wedding. Matthew blackmails Bo and Nora. Wednesday, July 29.

Bo consults Lindsay about his feelings for Nora. Brody calms Jessica down when Bree claims she received a gift from “daddy”. Marty and John agree to move forward. Thursday, July 30.

Blair and Dorian drown their sorrows and Brody is concerned when Jessica insists she saw Nash again. Friday, July 31.

Cristian gets an eyeful when he spots Fish at the diner, and he demands that Layla be told the truth. After a vicious argument with Gigi, Stacy gets some devastating news. Cole gets in a jam, but John prevents him from making a dangerous mistake. Bo and Nora struggle with their feelings. Tea gets the goods on Bo and Nora as Matthew’s case goes to court.