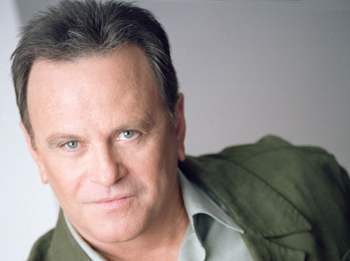 John convinces a resistant Judge Runyon to go along with his plan. Blair is irritated when Tea shows up to the wedding at Todd’s invitation. Neither Blair nor Todd wants Starr to marry Cole, but nor are they willing to be the bad guy who puts a stop to the marriage. John plays the unwitting hero when he interrupts the wedding before Starr and Cole officially tie the knot. Everybody has a reaction to John’s announcement that Cole will be performing “community service” rather than going to prison. Tea calls out Todd for his disappointment at the news. Starr makes a case for waiting to marry, now that Cole won’t be in prison and although Cole is disappointed, he understands. The teens announce their decision to their parents, but make it clear they are raising Hope together. John takes Marty and Cole to the police station to cover the terms of Cole’s community service. John explains that the new chief of detectives and his protégé will be working undercover together.

Rex admits to Gigi that he wasn’t able to find the bag of stem cells, but still doesn’t confess he’s bedded Stacy. Schuyler decides to keep mum as well. Rex tells Gigi that they will convince Stacy that Shane has had a relapse, and then they will catch her when she tries to retrieve the stem cells. Gigi is concerned that Rex’s feeling for her will never be the same, but he shares his heart with her, and they make love. Later Schuyler confronts Rex about doing the nasty with Stacy and keeping it from Gigi. While Rex is asking Schuyler just how far he thinks Stacy will go, Stacy is telling Gigi she had sex with Rex. Will Rex come clean when Gigi asks for the truth? No! How long before another secret blows up in somebody’s face. Gigi and Rex tell Shane of their plan and he is very happy his family is together again. Stacy is caught off guard by a visit from Roxy, who has no idea the stem cell donor is alive.

Bo and Nora support Matthew in his physical therapy. Greg tells Bo and Nora he can help Matthew walk again, to Matthew’s dismay; Nora digs in her heels because of the huge risks. On their date, Layla points out to Fish that the waiter is attracted to him. Cris and Kyle talk about Fish, and later Cristian interrupts Fish and Layla’s makeout session. Schuyler and Rachel talk about their feelings for Gigi and Shaun. Noelle rounds everyone up and shames them into attending Dorian’s dinner party. Dorian issues a sincere apology to Charlie. Mr. Rivera throws Markko out of his house when Markko refuses to relent to his father’s demands.

Blair’s infuriated by Tea’s presence at the wedding. John fights for Cole’s freedom. Gigi remains in the dark about Rex and Stacy on Monday, July 6.

Starr and Cole’s wedding takes a surprising turn, Rex comes up with a plan to nail Stacy, Viki has sound advice for Clint on Tuesday, July 7.

Rex and Gigi make love, Starr and Cole reach a decision about their futures, Bo, Nora and Matthew face a difficult choice on Wednesday, July 8.

Dorian prays her plan will succeed, Stacy gloats to Gigi that she slept with Rex, Markko vows that nothing will keep him and Langston apart on Thursday, July 9.

Rex and Gigi put their plan in motion, Markko chooses Langston over his family and Cristian wants answers from Fish, on Friday, July 10.

Todd and Blair get under each other’s skin, John wants to make love to Marty, Cole and Starr say goodbye, Stacy stumbles into Rex’s trap and he and Gigi are freed. Tensions rise for Clint and Bo.