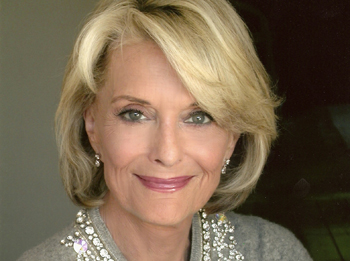 Helena knows the truth about Elizabeth and Nikolas, and has a warning for Lucky. 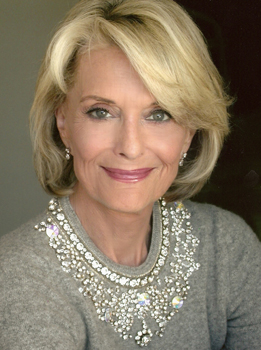 When Luke and Ethan return to the Haunted Star, they are in for an unpleasant surprise. Luke explains to Tracy he was held prisoner by Helena, but Tracy doesn’t believe him. Nikolas admits Helena into the hospital, and Lucky and Elizabeth are surprised by his actions. Alexis soon realizes how afraid Helena is of the new Cassadine threat. Nikolas tells Elizabeth he’s going to make things work with Rebecca just so he can keep his distance from her. Helena knows Elizabeth slept with Nikolas and taunts Elizabeth with that fact. Helena warns Lucky that those close to him have betrayed him.

Kristina tells Keifer they have to wait to have sex because her birth control pills will not work for 2 months. Keifer offers alternative methods of protection to pressure Kristina into sleeping with him. After learning Molly walked in on Sam and Jason in an intimate moment, Alexis confronts Sam and accuses her of being a bad influence on her sisters. Kristina succumbs to Keifer’s pressure to sleep with him.

When Lucky catches Sam snooping at the warehouse, Lucky let’s Sam off the hook because of the past they shared, which he discusses while a hidden Jason can hear every word. After returning home, Jason suggests Ian may have hid the evidence they are looking for in a safety deposit box. Jason tips his hand to Claudia telling her he is getting closer to the truth about Michael’s shooting and when Claudia claims her innocence, Jason is not buying the explanation. When Jason and Sam rent out Devlin’s old motel room in the hopes of finding the evidence they need, they are mistakenly identified as a prostitute and her John by an undercover cop. They return to the hotel room after clearing up the mistaken identity and find something interesting.

When Sonny confronts Claudia about having a room key from the Metro Court, she spins a story to cover her tracks. Dominic soon figures out why Claudia wants to sleep with him, when she gives him an ultimatum. Johnny reaches out to Claudia wanting to make ammends and she is thrilled, but Johnny is unsettled by her comments. Dominic encounters Lulu and tells her about Claudia wanting to sleep with him. Ronnie informs Dominic he is back on the Corinthos case because of a state Senator’s influence. Hearing of Dominic’s reinstatement, Olivia accuses Jax of lending a helping hand in it. Olivia has reached her limit with Claudia and decides to tell Sonny the truth about Dominic. Dominic tells Claudia he will never have sex with her and she doesn’t take his rejection very well.

Robin is dressed up to seduce Patrick when he returns home with an unexpected guest, Louise. After Louise leaves, Patrick assures his wife that he has no regrets about being married and they make love. Anthony unleashes dangerous mobster Joey Limbo on all his enemies.

Sonny reaches out to a troubled Michael by sharing his own experiences with his bouts of uncontrollable rage on Monday, October 12.

Dominic figures out Claudia’s motive for wanting to have sex with him on Tuesday, October 13.

Sam’s hurt when Alexis accuses her of being a bad influence on Molly and Kristina on Sonny on Wednesday, October 14.

Olivia accuses Jax of being behind Dominic’s re-instatement on Thursday, October 15.

Helena taunts Elizabeth with the fact she knows Elizabeth slept with Nikolas on Friday, October 16.

Dominic refuses to give in to Claudia’s threats. Johnny won’t give up on Olivia. Nikolas and Elizabeth reach a new understanding. Johnny and Olivia act on their feelings.
The bond between Jason and Sam grows stronger. Dominic clashes with Jax. Dominic turns to Spinelli for help. Jason and Sam team up with Patrick and Robin. Jax worries that Carly will never be able to forgive him. Jason gets one step closer to nailing Claudia. Sonny and Claudia make a formidable team. Jax asks Michael what he really remembers about Jerry. A new menace lurks for Jason. Michael remembers the truth about Claudia. Sam and Jason get exactly what they want.