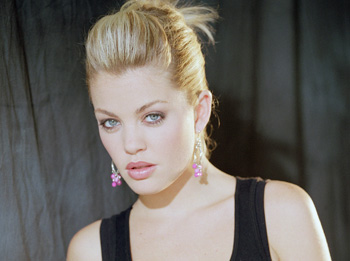 A daring rescue and a desire for revenge has unintended consequences this week “One Life to Live.”

FRIED OR SCRAMBLED. NO OVER EASY.

Although Jessica’s brain has been fried with electroshock treatments, she still has sense enough to be horrified when her father reveals that he plans to impregnate her. Mitch drugs Jessica but Brody breaks into Mitch’s lair just in time to prevent Mitch from achieving his goal. Fish arrives soon thereafter to help Brody subdue Mitch and Nurse Charles. Jessica doesn’t recognize Brody and Mitch taunts Brody with the fact that the electroshock treatments have scrambled Jessica’s memories forever. Dorian has a change of heart and tries to get to Charlie before he can kill Mitch. Just as Charlie reaches the hideout and prepares to carry out his mission, Dorian’s arrival causes Charlie’s aim to be off, and he shoots Jessica by accident. At the hospital, Greg informs Viki and Clint that Jessica’s condition is critical, and Brody adds to their worries by explaining all that Mitch had intended for Jessica.

Gigi finds Stacy unconscious in the snow, but manages to get her back to the cabin, while Rex discovers Schuyler where he was felled by a tree branch. Gigi’s suspicions are aroused when Stacy explains all that happened to her, and Rex’s persistent questioning about why Stacy made Sky the baby’s guardian force Sky to admit he’s the baby’s real father. An enraged Rex assaults Schuyler but Fish arrives to prevent Rex from choking Schuyler to death. Meanwhile, Stacy goes into labor and Gigi coaches her sister through the birth. Gigi and Stacy name the baby Sierra Rose in honor of a fond memory they share. Gigi notices that Sierra Rose may be in distress and she’s determined to take her to receive medical attention. As Gigi braves the elements, she attempts to cross a frozen lake, but the ice cannot hold her. Rex is impatient to find Gigi and spill the beans.

Marty and Kim slip out to look for Stacy and John on their own. Natalie hallucinates that John is Jared. John goes along with a delusional Natalie to give her the will to live. In her delirium, Natalie asks John to kiss her and he complies thinking it’s what she needs to stay strong. While a delirious Natalie reminisces about Jared, John remembers special moments he shared with Natalie. As Natalie’s head begins to clear, she realizes she imagined John was Jared in her delirium and she kissed him. John admits he still feels something for Natalie. John and Natalie decide they should forget they ever mentioned still having feelings for one another but their actions belie their words. Marty arrives in time to see John kissing Natalie. Mitch ominously warns Dorian that one of her girls is already doomed. In Paris, Adriana is surprised to run into Kelly. A handsome stranger sends Kelly and Adriana glasses of champagne as they get caught up while sitting at a café. . Greg tells Rachel that there’s evidence indicating Schuyler stole oxytocin from the hospital. Destiny lets Matthew know she’s okay with them just being friends. Danielle and Destiny strike up a friendship.

Dorian tries to defend her actions when Mel appears before her on Monday, February 8.

While a delirious Natalie reminisces about Jared, John remembers special moments he shared with Natalie on Tuesday, February 9

Mitch taunts Brody with the fact that Jessica will never remember him as Charlie makes his way to Mitch’s hideout intent on killing him on Wednesday, February 10

As Natalie’s head begins to clear, she realizes she imagined John was Jared in her delirium and she kissed him on Thursday, February 11

Mitch ominously warns Dorian that one of her girls is already doomed on Friday, February 12