Wayne Brady and Vanessa Marcil are among the presenters and special performances revealed for the 37th Annual Daytime Emmy Awards. 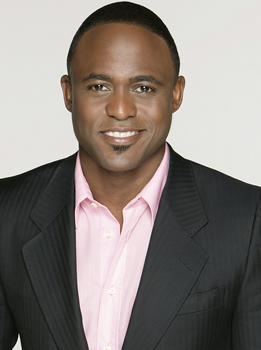 The 37th Annual Daytime Emmy Awards are scheduled to air on the CBS Television Network on Sunday, June 27, 2010 from the Las Vegas Hilton in Las Vegas, NV. Presenters and special performances were announced today with a press release from CBS.

Daytime Emmy® Award nominees Wayne Brady (“Let’s Make a Deal”), Jeff Foxworthy (“Are You Smarter Than a 5th Grader?”), Vanessa Marcil (“General Hospital,” “Las Vegas”) and Alex Trebek (“Jeopardy”), along with a performance from the Las Vegas company of Disney’s musical The Lion King, have been added to the list of presenters and performers scheduled to appear on the telecast.

Ryan Seacrest along with special guests, Donny Osmond, Chubby Checker, Tony Orlando and The Jersey Boys and others will pay tribute to Dick Clarke and American Bandstand.