In 2021 Muretta Moss became a household name for her portrayal of Rita Loud in the Nickelodeon and Paramount + film A Loud House Christmas, and wrapped production on her dark comedy passion project Intersection. She also launched Counter Parenting, a weekly podcast which aims to empower and inform listeners about all the charming and not-so-charming elements of co-parenting from a step-parent’s perspective.  We got to sit down and chat with Moss about all those projects and so much more.

As the Matriarch of the Loud family, Rita had a lot on her plate, what was it that drew you to the role?

Well, as someone that doesn’t have biological kids — I am a stepmom– I remember once, I was at a party and there was a psychic there. I went in and talked to her and I remember she looked at my palm and she goes “you’re not going to have biological kids, but you’ll be happy with what you have.” I was like, oh, and I had no idea what that meant, obviously, at that time. But it is just funny how so many children have come into my life, and I with appropriate boundaries, take them on as my own as well. So having been the mom of eleven kids in the Loud house is kind of the best situation because I cannot actually imagine that in real life. It is one of those things that I have had a lot of, like internal resistance to things in my life. And being a Nickelodeon mom has never been one of them, so it just seemed to fit perfectly.

Had you had any exposure, or did you do any research into the Loud Family before filming the role?

I did as much as I could. There are now five seasons of the show, and when I auditioned, they gave us clips so I dug in that way. Honestly, it was really lovely because her backstory is already there. So, I just had to soak in that information. I was not aware of the show prior to auditioning, but now I am a big fan.

The film was an enormous success, becoming TV’s Top Kids Entertainment Telecast Of 2021, would you be up for reprising the role in future or maybe even a spin off series?

I would love to. If you hear anything, let me know. But we had such a great connection, as far as the on-set family, offset that it was such a wonderful experience filming with all of them. There was some magic there that I would love to see keep going somewhere.

Switching gears, let us discuss your latest endeavor as an up-and-coming podcaster! What made you tackle this medium?

The podcast is called Counter Parenting I have found myself, especially during the pandemic, struggling a little bit as a stepmom with what my role is and just feeling empowered in that role while maintaining appropriate boundaries. I realized that a podcast was a great medium to get some help, but also share that with the rest of the world. I feel like stepparents, rightly so, do not have a large voice, but we are still a whole person in a family dynamic. So, I wanted to offer some resources and help for people in situations like me to just be the best that we can be as an active participant in the family, while maintaining boundaries.

I was researching it for myself and there just was not a lot out there because family dynamics are a lot of times shades of grey. Talking to a divorce lawyer or a child behavioral therapist and learning things from their perspective has help me grow as a person. I just want to spread that out to other people who may be in similar situations.

So, tell us a little bit about what you have planned for future installments of Counter Parenting.

Well, we recently dropped an episode with a great divorce lawyer, and he talks about the basics of the parenting plan. I was excited to be talking to someone who specializes in narcissistic behavior because I feel like that is something that comes up a lot, whether it is conscious or not, in the divorced primary parent dynamic with stepparents. Sometimes it is just a power play instead of about the kids. You can check out new episodes of the podcast every Tuesday.

In addition to this project, you also just recently wrapped production as Intersection, a series you co created, wrote, and starred in, tell us a little about that…

It is a six-episode new media format. Intersection is based on the G word, which is gentrification, and while it happens all over, we specifically look at one fictional community in Atlanta and see how just it plays on more of a street level. The intersectionality of lives. I play a real estate agent. I am a realtor in real life, so I used a lot of my real-life experience and it was just heightened for that role. It made the writing process fun and interesting because. I realized a lot of the social impact to which I have contributed. So, I am extremely excited about this series. It is a dark comedy because we say, you know, you are going to laugh or cry, so I do a little of both. It is in the festival circuit now, and we will see what happens.

Is it a one season series or would you like to continue to expand on that universe in future seasons?

We would like to expand on the universe in future seasons. Right now, we are at the community level and seeing how the neighbors interact. In another season we would go to the landlords and developers and bring those characters in as they mix in with the neighborhood. We have it from the political perspective and how your local politicians are involved. It would explore how they impact a community and displacement. We unfortunately do not have any solutions necessarily, but we do hope to start a conversation. Whether it is with your family, friends, or just expanding that bubble on your individual impact or a developer’s impact or a politician’s impact, everyone’s impact on displacement in some communities. I will say we do not have it written yet, but we have it planned out.

We were supposed to shoot the first season before the pandemic, and then we ended up rewriting some things because of the pandemic that explored, how more people have been displaced, even with the eviction moratorium. It is really interesting. But because these are low-income people, they do not often have a voice or anyone fighting for them. It is something that I wish was talked about more and I wish there were solutions that people were actually going to tackle. It starts with our education system on a primary level.

Prior to this you co-wrote and starred in the web series Dyed, Highlighted, and Hopeful¸ what was that experience like?

That was such a dreamy experience that highlighted hopefulness. We wanted to create something fun where females are quirky and have experiences that are not centered around the male gaze or whatever that is. So, we wanted to have it be a series for women that didn’t focus on getting a boyfriend, which I think is often what storylines are about when you are in your in your twenties or early thirties.

It has been nearly ten years since that series came out, would you like to revisit that world and characters in a modern day setting and what do you think would be different?

I mean, there is so much growth that happens in 10 years. It is crazy. I would love to revisit it. I would also love to see how the relationships are now. So much is driven on how we are only “whole” with a partner. That was something that I felt was implanted in me. The whole “Who’s your boyfriend?” “When are you getting married?” And now I am like, “Wow, that is a nice part of life. But it does not make you whole as a person.” So, I would like to explore those dynamics of being older. If you have those relationships, great, but telling stories that are not centered around being whole with a partner and also not finding negative things — like following the play instead of following the drama.

Having worked in multiple mediums, television, web, improv, which medium are you drawn to the most?

I love television. I really do. It has always been a dream to be on a sitcom because you have this ensemble that you work with every week. People can really get to know your characters on the other side of the screen and then you get to perform in front of a live studio audience, if that ever happens again. That would be so dreamy to be able to be on television, but also get to perform in front of a live studio audience because there’s just something about making an audience laugh and having that instant feedback of joy. The joy is just infectious. I love that, and I love TV. I love getting to know characters and getting to revisit them, either in one long sitting as you binge or week after week.

Where can our readers find out more and follow your career?

I am on Twitter. I am trying to be more active on that. I get social media fatigue. I’m, @MurettaMoss on Twitter and on Instagram. Those are the main places where I am putting things out and you can see what is happening next.

New episodes of Counter Parenting are released weekly on Youtube and your favorite podcast listening application. 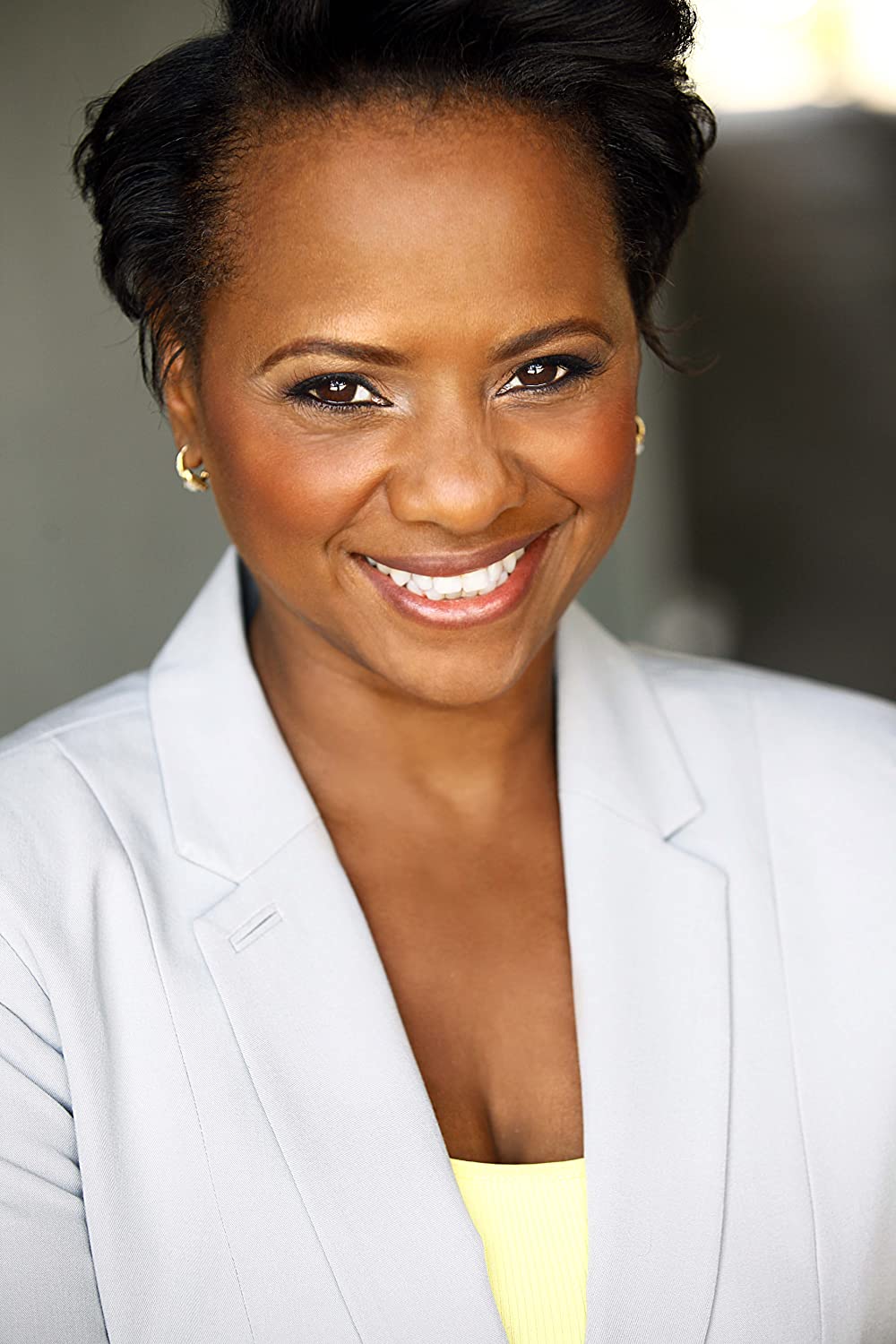