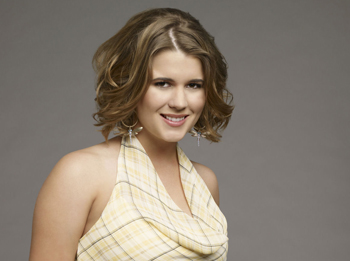 Rumors have begun to swirl about Lindze Letherman joining the newest project from Karen Harris (writer, GH) called “Life in General,” according to Lindze’s official message board, there is a strong possibility this rumor is true.

Rumors have begun to swirl about Lindze Letherman joining the newest project from Karen Harris (writer, GH) called Life in General, according to Lindze’s official message board, there is a strong possibility this rumor is true.


The webmistress and Administrator for Lindze’s website and message board, posted a message at the end of June for members to be on the lookout for a ‘certain someone’ to appear on one of the original shows to air on the web TV network.


Fans know Lindze Letherman best as good girl Georgie Jones on General Hospital. Her character was strangled and killed off the show last Fall by the Text Message Killer.


In an article written by Andrew Wallenstein entitled “Writers set slate for Strike.tv”, previews “Strike.tv plans to launch this summer with more than 40 shortform programs, including comedies, dramas and a game show. Some programs will be serialized while others will be standalone; the site has yet to secure advertising.” Karen Harris, writer currently employed with General Hospital is one of 5 writers who are participating in the new project, other writers include: Participating writers include Lester Lewis (“The Office”), Rob Kutner (“The Daily Show With Jon Stewart”), Stephen E. de Souza (“Die Hard”), and Ron Corcillo (“Malcolm in the Middle”).


Life in General, an original program that is set to air on Strike.TV, is a spoof of sorts as it takes a look at behind the scenes of a daytime drama, Greenville Hospital. Karen Harris writer of General Hospital spearheads this newest program.


There has been no word from Lindze’s people as to the validity of these rumors, but if the implications that were posted on her official message board are any indication, well, I think it’s safe to say Lindze has found a new gig.