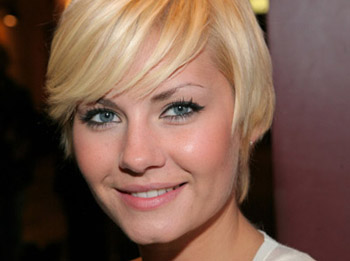 According to Entertainment Weekly, Elisha Cuthbert is returning to FOX’s 24 as Kim Bauer…and she’s not alone.

According to Entertainment Weekly, Elisha Cuthbert is returning to FOX’s 24 as Kim Bauer. Kim is the daughter of lead character Jack Bauer (Kiefer Sutherland). Kim is not returning alone however. She will bring along her child. Thats right, Jack is now a grandfather.

As for the storyline itself here is what Michael Ausiello had to say: "Sources confirm to me exclusively that Cuthbert has inked a deal to reprise her role as Jack’s lightning rod of an offspring for a season-ending arc that will no doubt trigger a new round of wholly outdated and painfully unfunny cougar jokes," said EW’s Michael Ausiello in his Ask Ausiello column.

However this announcement goes hand in hand with news that the 24 set will be shut down and production will halt. The reason is to give the writers time to not only rethink the direction of the show but to rewrite some scripts. No time frame was given for when the show would start taping again however it has been reported that this will not change the premier date of January ’09.