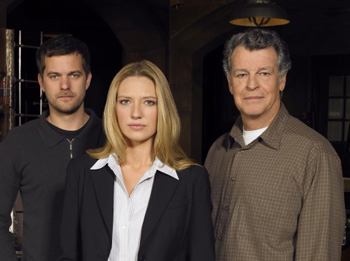 An unexpected partnership is formed in order to investigate the link between an accelerated pregnancy and an “old” newborn.

An unexpected partnership is formed in order to investigate the link between an accelerated pregnancy and an “old” newborn.

In the episode titled “The Same Old,” the team of Peter (Joshua Jackson), Dr. Bishop (John Noble) and Olivia (Anna Torv) investigates the mysterious death of a woman who experiences a full term pregnancy in a matter of hours. What’s even stranger is the rate at which her baby ages — 80 years in a matter of minutes!

As this anomaly is investigated, Peter finds himself reluctantly watching over his father, while Olivia reaches out for help to the COO of Massive Dynamic, Nina Sharp (Blair Brown).

During an investigation of the bizarre deaths of a bus full of commuters, Olivia, Peter and Dr. Bishop reach out to a troubled man with procognosticative powers.