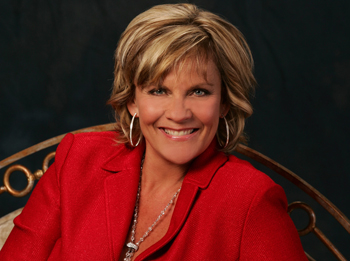 Just recently, I was on a short lunch break and I decided that I would go to my regular hangout for a quick bite to eat as my stomach was growling so badly. And when my stomach growls, I have the tendency to be in a cranky mood and I’m not exactly the person that you would like to have a conversation with. My work demands a lot out of me as they strive for me to be the very best. And because of that, their demands exceed my expectations as I’m a very confident person. And with confidence, anything is possible in my own sociable world as I tell the world to watch out because here I come and that I’m not going to stop not until I get what I want. So yes, I do exceed confidence and motivation which makes me want to think about the writers over at Guiding Light. Are their motivation and confidence levels in tact? Or have they lacked these two particular things for quite some time? But better yet, why did I raise these questions? Is it because I’ve been an Internet junkie as I frequent the soap-opera message boards to get my daily dose of dirt on what goes on during the backstage turmoil? Or perhaps the upcoming spoilers? Never mind, as I think that I just answered my very own question.

So here I was on my lunch break and here enters this gentleman who sat at the bar with another friend of his. I will admit to the fact that he was rather irritating as hell. This person was loud and flamboyant as he acted like the world revolved all around him. In fact, I wanted to slap him hard across the face, but then all of a sudden, my mood changed as I heard him ask the bartender for a strange request. And that odd request was to have the bartender switch the television channel over to CBS so that he could be able to watch his show. A show called Guiding Light. Immediately, my ears perked like a Doberman as I wanted to hear his views about his daytime drama.

As I cleverly pretended that I wasn’t listening to his conversation, I decided to grab a separate sheet of paper and I jotted down every word verbatim with all of his thoughts. Also, I was under the pragmatic assumption that he was a message board addict like me because I was in the mood for a good debate. However, I was dead wrong which made my Doberman ears perk even more as I was listening to a Guiding Light fanatic who didn’t exactly live the "life of luxury" as I do as I’ll be the first one to admit that I’m a spoiled little bastard.

During my tentative eavesdropping, this man was such a die-hard Reva Shayne fan as I wanted to throw up all over the place. But then again, why should I be so surprised like some ten year old who just received a cup of Swiss Miss Hot Cocoa topped off with marshmallows? I already mentioned that he acted like the world revolved all around him, so go figure.

I was rather amused when he said that he should be written into the show as he feels that his own life is a soap-opera as he can relate to certain characters like Blake Marler Thorpe who fell in love with a man that his parents strongly opposed. And Ashlee Wolfe who he felt that she had her own insecurities of being overweight. But the more that I was listening to his regurgitating babble the more that I realized that these were the characters that he identified with. These were the characters that he took and embraced on an emotional journey. An emotional journey that portrayed good and bad; light and dark; and redemption and salvation. But more and most importantly, it was an emotional journey that truly exemplifies of who he is today and he needs to be commended for it.

He even laughed about Reva’s journeys and about how she drove off a bridge in the Florida Keys and how she wound up having amnesia in an Amish town. From being cloned to being a former princess in San Cristobel. Oh, the endless possibilities of that Reva Shayne. Then all of a sudden, another guy interrupts their stimulating conversation and he’s talking about how he watches Sonny Corinthos on General Hospital and he even suggested that he should switch to that show. What was this Guiding Light viewer’s response? "No, honey, at 3 o’clock in the afternoon, THIS is the only show that I watch and THIS is the only show that I will devote my time to!" Wow. I’ve never encountered a devoted Guiding Light viewer like that before.

But seriously, as this got me thinking as my mind likes to ponder every now and then. What if we lived in an Internet world where there was no such thing as soap-opera message boards? Do you think that we would be completely different today as a soap viewer? It kind of makes you think now, doesn’t it? But in our own defense, should we be ashamed of who we are because we love soap-operas and that we want to share our likes and dislikes with other viewers from afar? Of course not because we’re fascinating people who appreciate or respect the viewpoints of others. Well, at least the majority of us do who are mature enough.

In my opinion, I think viewers who watch Guiding Light who don’t visit the message boards, I feel that their lives are so carefree as they’re more than willing to accept whatever it is that is being thrown to them like a dirty filthy rawhide being thrown at a dog. Also, it seems to me that as long as they get to see their show on a consistent weekly basis, then that’s all that matters to them. Whereas, we’re the ones who throw a fit and we say that we either fast-forward throughout most of the show or we quit watching until a new regime falls into place. They’re probably the ones who attend Guiding Light fan events and I can definitely see them screaming from the highest heaven above taking pictures of the actors and talking to them like they’ve been best friends for years. And I’m not saying that’s a bad thing either as I’m utterly and completely different. I’m one of those who would probably pass by the actors and nod and give a cordial smile, but I also see myself as the one who is on a particular mission filled with determination. I would want to talk to the ones who make the executive decisions and tackle the hard questions that no one has ever dared to go. And as a result, I would demand for a lot of answers. God, I sound like Oprah Winfrey.

But what exactly is our similarity? I think that I can answer that question without any form of hesitation. The similarity or shall I say that the common denominator that we have is our love for Guiding Light. Regardless if it’s the love of pure or the love that is filled with constant hatred and disappointment. It’s our love for Guiding Light plain and simple. It’s a love that will be forever in our hearts and it will continue to be in our hearts until the day that we die. And as a shed of tear rolls down my cheek this very second, I want you to think about what I had just said. Until then, I’ll see you next time on "Hey! It’s Just My Point of View!"

Coming up next on “Hey! It’s Just My Point Of View!”

It’s E-mail time! I’m going to be responding to all of your wonderful thoughts and questions, so give me a shout out! E-mail me at djsoapbubble@tvsourcemagazine.com

This week on Days of Our Lives, Lani takes matters into her own hands, Xander and…