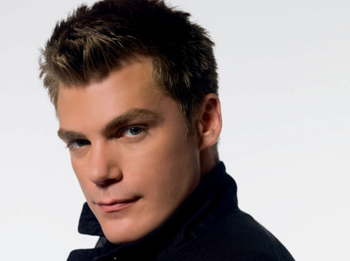 After months of searching, Guiding Light has found its new Shayne Lewis. According to Soap Opera Digest, former Pine Valley resident Jeff Branson (ex-Jonathan, AMC) has been cast as the son of Reva & Josh. Shayne has been missing in action in Afghanistan but will return home December 1.

Branson is best known for his role on All My Children as Jonathan, the brother of Pine Valley’s resident hero Ryan Lavery (Cameron Mathison). While in Pine Valley, Jonathan had close relationships with Lily (Leven Rambin) as well as her older sister Ava (also played by Leven Rambin), Kendall (Alicia Minshew), Maggie (ex-Elizabeth Hendrickson) and Amanda (Chrishelle Stause). Jonathan first came to town eager to work with Ryan at Cambias. It was soon discovered Jonathan lied about his credentials and his personal life.

While in a relationship with Maggie, he was physically abusive and later held Kendall, Greenlee and Lily hostage in a cave. After blowing up the cave, Jonathan was presumed dead, though he was later found in Canada with his sister Erin (ex-Connie Fletcher-Staton). During that time, doctors discovered Jonathan was suffering from a brain tumor which caused dramatic swings of violence. He later Soon after the tumor was removed and he recovered, Jonathan personality became child-like and innocent. It was during that time his friendship with Lily turned to love and the two eventually married. Jonathan eventually regained his adult facilities but hid them in order to keep Lily happy. Jonathan later hooked up with Amanda Dillon for a short time before moving on to Lily’s lookalike sister Ava.

Branson final appearance on All My Children was December 18, 2007. With no exit story, the character of Jonathan just disappeared from the canvas. Branson was nominated for an Outstanding Supporting Actor Daytime Emmy in 2005.