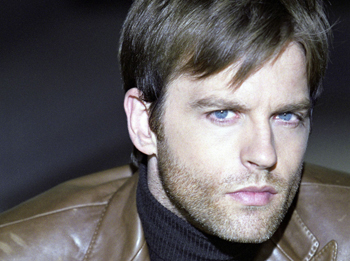 A Proposal For A Brighter Future

Marty decides to stop digging into the past and focus on the future, Todd
couldn't be happier.  Marty feels more alive then she has been in a long
time when Todd takes her out for a drive.  John's suspicions grow that
Marty could very well be alive.  Todd and Marty begin to make future plans
in the preparation for Starr's baby coming to live with them.  Marty asks
why he is still wearing the wedding ring if he said goodbye to his life with
Blair.  John confides in Michael about his theories that Marty is alive.
With encouragement from Marty, Todd removes the wedding band from his finger.
When Blair questions John about the case he's working on, he tells her it's
personal.  Marty is stunned when Todd proposes marriage and wonders about
his motives for asking her.   Todd explains he is not good at
expressing his emotions and feelings.  John gets a break in the case when
the phone call he was expecting comes in.

Natalie is forced to write a letter to "Jessica" explaining her reasons for
staying away from Llanview, after, Tess shows the letter to Jared in the hopes
it will deter him continuing his quest for Natalie's whereabouts.  Jared,
though, has growing suspicions he is not talking with Jessica, but with Tess.
After Roxy lays a guilt trip on her, Tina pays Natalie a visit and finds herself
in a quandary.  Jared continues playing the game with Tess, not letting on
that he knows she is not Jessica.  After having it out with Tess, Tina
hatches a plan of her own.  Later, she has an unexpected visitor.

Clint offers Dorian a deal she may not be able to refuse.  Ray finally
sees the loving environment Langston lives in when he unexpectedly visits her at
school.  Dorian hires someone to get "rid" of her problem, Ray Montez.
Storms prevent Cristian from getting home to Sarah.  Marcie tries to
convince Adriana to allow Gigi to see Rex.  Brody flips out and attacks a
police officer at the police station, Bo subdues him.  Jared's suspicions
are unsettling for Tess but are keeping Natalie's hopes alive that he will
rescue her.  The family receives somber news from Rex's doctor.

Nora is shaken when she learns the truth about Ray on Monday,
October 6.

Blair is encouraged to follow her heart on
Tuesday, October 7.

Roxy and Adriana butt heads over Rex on Thursday, October 9
.

Tess becomes frazzled when Vicki returns home unexpectedly.  Todd is not
swayed as Dr. Joplin pleads with him to stop his plans for Starr's baby.
Gigi unable to visit with Rex, she comes up with plans of her own.  Sarah
receives a message from Cristian.  Vicki becomes suspicious about what's
been going on at Llanfair and confides in Bo.  Dorian has second thoughts
about the plans she set into motion, while Clint has some second thoughts of his
own regarding his plans for Langston.

TVSource Magazine wants to know what you fans think in both primetime and daytime. Like/dislike a storyline or pairing on your screen? Do you want a fan favorite to return? Do you love/hate a character and/or their actions? Have a campaign you want to highlight? Send us your throughts, opinions and suggestions to be printed in the TVSource Mailbag to: mailbag@tvsourcemagazine.com