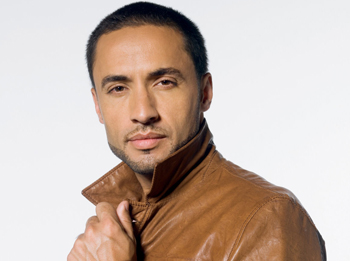 One Life to Live is losing one of its finest. Kamar de los Reyes will be leaving his role of Antonio Vega, a role that he has played on and off since 1995. His latest stint as the police detective began in 2000. Reyes hinted to Soaps In Depth that he would be leaving. He is quotes as saying “I realized that after 10 years of being on OLTL, Antonio is no longer the central figure that I believe he deserves to be. I realize this is not intentional on the show’s part, but over the years, he has become less and less valued. I think it may be time to say goodbye.” Reyes last tape date is January 5th.

The popular actor has enjoyed many front burner storylines since he first joined OLTL. Antonio first came to Llanview as a former gang member who was recruited by Bo to help discover who in the Llanview Police Department was a dirty cop. Antonio was successful in discovering the dirty cop and along the way fell in love with police officer Andy Harrison. Antonio married Andy and Reyes left OLTL to return briefly in 1998. Reyes returned full time in 2000 and quickly became involved with his nemesis, RJ Gannon’s daughter, Keri. Antonio and Keri had a child Jamie. Antonio and Keri’s relationship ended and Antonio quickly got involved with Jessica Buchanan. After numerous ups and downs, Antonio and Jessica broke up and Antonio is involved with fellow cop Talia Sayid, the daughter of Carlo Hesser.

Reyes wants to make it clear that this is his decision to leave the role of Antonio Vega. This is not about money or storyline; he just feels that this is time for him to move on. The door will be kept open if Reyes wants to come back, which is good news for his fans since it means that Antonio will not be getting killed off.

We can expect to see Antonio leave the Llanview canvas in the end of January 2009.