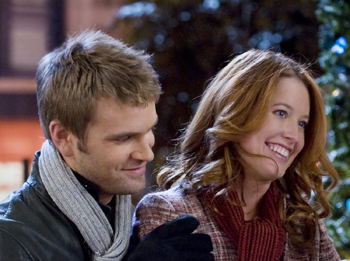 Clint gives his blessing when Jared asks for Natalie’s hand in marriage, and Clint offers Jared a job at Buchanan Enterprises. Natalie tells her mother all that is in her heart for Jared, so when Jared tells Viki he plans to propose, she couldn’t be happier. Roxy nearly blows the surprise, but Jared manages to get Natalie alone and pops the question.

Tea Delgado continues to shred her opponents in the courtroom, infuriating Cole who considers taking drastic steps until Starr calms him. Starr has her own plan to make Todd pay and makes a surprising announcement to the court after the judge renders his decision in the case. Over Tea’s objections, the judge allows Starr to take the stand and her emotional testimony leads to an entirely new set of legal issues for Todd and Tea to deal with.  Todd is granted bail, and once he returns to the home he shared with Marty, he weeps for his lost love. Later Todd gets a surprise visitor. Marty is left devastated by the court proceedings, and although she exchanges gifts with Nora and Cole, her mind is on other things.

Carlotta can barely hide her displeasure over Cristian’s recent nuptials, when Cris and Vanessa hold an impromptu reception at the Buenos Dias Café.  When Mama’s not happy, nobody’s happy, except Tea, who for reasons of her own, is pleased by the newlyweds. Rex comes clean about his empty pockets and confesses to Gigi that he couldn’t get a Zbox for Shane.  Bo makes Rex understand that gifts aren’t the important part of being the father Shane needs and loves. After a visit from “Mel”, Dorian comes through for Rex. Tess demands Bess tell her what really happened to her baby, but Bess insists she’s better off leaving it alone. Viki informs Clint that Jessica relapsed and they place an ornament on the tree in honor of baby Chloe’s first Christmas. Brody opens up to Dr. Levin.

Marty is set on revenge against Todd. The Buchanans get distressing news from Asa’s attorney. Viki and Charlie confront Dorian. Rock band Puddle of Mudd performs on Tuesday, 12/30. Todd hopes for Marty’s forgiveness. John tells Blair his plans for the future. Marty pulls the rug out from under Todd. John and Cole are unsettled by Marty’s actions. Dorian gets some interesting information from Alex Olanov.

Wednesday, December 24, REBROADCAST (Original airdate 9/29/08). Brody freaks out on Llantano Mountain, Addie visits Dorian in jail, the teens plot to prevent Ray from taking Langston to Colombia, Cole exposes Clint’s association with Ray, Michael and Marcie long for each other but cannot reconcile their differences, and Bo and Gigi hold vigil for Rex.