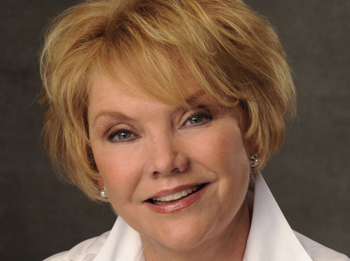 Viki walks away from Todd, making it clear she’ll never forgive him for what he did to her daughters.

Viki is overwhelmed when Charlie takes her the Buenos Dias Café, the new diner he built for Carlotta which is an exact replica of the Bon Jour Café in Texas.  Viki is elated when Moe and Noelle reveal themselves and old friends reunite.  Moe critiques Dorian’s truffle custard.  Roxy gives Noelle a new hairdo as only Roxy can.  Moe tells Noelle he’s going to take a job as Dorian’s personal chef and convinces her to pick up stakes and move to Llanview.

All of Llanview celebrates Thanksgiving.  Dorian’s attempt at a gourmet Thanksgiving dinner leaves her family less than thrilled, but yet grateful to be together.  Michael and Marcie get a surprise visit from Blair and Starr, who bring Sam along to wish them a happy holiday. The Vega holiday dinner takes a turn for the worse until Carlotta puts a stop to the bickering.  Nora’s Thanksgiving dinner at Asa’s mansion turns into a disaster when the caterer’s van skids off the road.  Shane and Rex share a tender moment.  At the end of the day, fate leads all parties to converge at the Buenos Dias Café with everyone thankful for their blessings.

Starr confronts Todd, who’s forced to admit he really was planning on stealing her baby.  Starr is dumbfounded when Todd attempts to explain how he tried to stop what he had started because he had truly fallen in love with Marty.  Dr. Joplin takes full responsibility for the death of Starr’s baby as she explains to Starr, Blair, Dorian, Michael and Marcie she made a horrible misdiagnosis during the pregnancy.  At St. Ann’s, Dr. Bonner hypnotizes Jessica in order to speak with Bess, who isn’t forthcoming with the truth.  When Dr. Bonner calls out Tess, she demands to know what he’s going to do about the fact that Jessica was given the wrong baby.  Viki’s on fire as she rips into Todd, who can’t defend his actions.

Viki walks away from Todd, making it clear she’ll never forgive him for what he did to her daughters.  With Viki at her side, Starr gazes at Jessica’s baby in the hospital nursery and has no idea she’s really looking at her own child.  Tess insists to Dr. Bonner that the baby Viki showed her isn’t the child she gave birth to and runs into Brody when she tries to flee.  Bess takes control of the situation until Jessica emerges again.  Dr. Bonner promises Jessica they’ll get to the bottom of Tess’ allegation.  Starr becomes emotional while talking to Viki about Todd and the baby she lost.  Starr holds Jessica’s baby, unaware she’s cradling her own daughter.

Shane warms up to Rex.  Vanessa’s presence makes Sarah see green, ultimately leading to Sarah utterly embarrassing herself at the Vega’s.  Rex, Gigi & Shane bond as a family.  Dr. Joplin is thoroughly disturbed about what she’s done.  Dorian offers her assistance to Lola so that she and Vanessa may remain in the country.  Vanessa resigns herself to the fact that she and Lola will most likely be deported.

Marty is out for revenge.  Viki comes to a decision about Charlie.  Rex makes inroads with Shane. Brody puts Jessica at ease when he tells her what Tess did to him.  Jared and Natalie have their hands full watching Bree and Chloe. Family and friends gather to mourn the loss of Starr’s baby. Marty reaches out to Cole.  Lola asks Langston to hide her so she won’t be deported. Tea’s going to help Todd whether he likes it or not. Vanessa has a surprising proposition for Cristian.