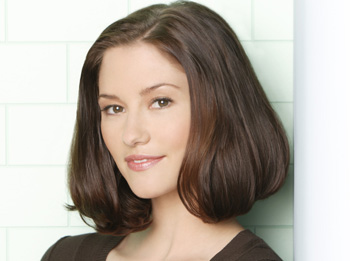 Grey’s Anatomy actress Chyler Leigh has announced that she and her husband, actor Nathan West are expecting their third child. Leigh, who plays Lexie on the hit ABC series, joined Grey’s in 2007 as the estranged half-sister of Meredith (Ellen Pompeo). According to Leigh’s representative, Chyler’s pregnancy will not be written into the storyline. Leigh’s fans can rest assured; her storyline with Eric Dane (Mark Sloan) will continue to be one of the front burner storylines this season.

Leigh has been winning scoring rave reviews since joining the hit medical drama. She is only 26, but she has been acting for over a decade. Her first break came when she booked a role on TV’s Saving Graces. The series didn’t make it, but Leigh found her future husband, co-star Nathan West. She tested for a small role in the film Not Another Teen Movie but the producers were so impressed with her that they cast her in the lead role. She was noticed by producer David E. Kelley and he tapped her for a role as a series regular on The Practice. Unfortunately for Leigh, her role was cut after several episodes due to budget cuts. Leigh soon signed on to the cult favorite Reunion as the lead Carla. The show was cancelled much to the dismay of the fans of the show. She soon bounced back when she joined Grey’s in 2007.

Leigh and West already have two children, a son Noah age 4, and Taelyn, 2. There is no word yet on Leigh’s due date. Congratulations go out to Leigh and her family.