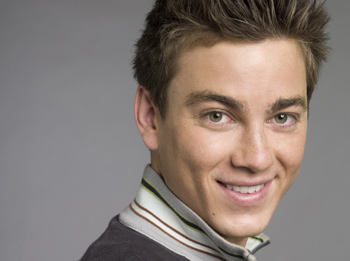 Cole gives into temptation and later needs a crutch when he can’t deal with recent news.

One Toke Over The Line

Cole gives in to temptation and buys drugs from Asher.  After hearing Blair and John argue about John’s connection to Marty, Cole heads over to Wes’s room to find his mom.  Marty tells Cole she needs a break from him and everybody else and won’t be returning to Nora’s.  A heartbroken Cole pops a pill.  Meanwhile, Bo and Nora confront Matthew about the joint they found in his back pack.  After his initial denials fail, Matthew admits the joint belongs to him, but he never intended to smoke it, he just bought it to fit in (that’s my story and I’m sticking with it).  Bo tells Matthew he has to rat out the kids who are selling the drugs.

After their argument, Blair and John reach an understanding and end up in bed.  Marty answers John’s challenge by pulling him into a kiss.  Roxy tells Blair that John chose her.

Jessica helps Brody remember that the Iraqi boy who haunts him was unarmed.  Brody questions Wes who insists that the boy had a weapon, but eventually Wes confesses a painful truth to Brody that leaves him reeling.   Her discussions with Brody trigger Jessica’s memories of the night Tess gave birth to Chloe.  She goes to the vineyard with her parents and doctor to try and fill in the gaps.  Tess emerges at the cottage desperate to learn the truth, while Jessica argues with Bess in her subconscious, demanding to know everything.  Bess whispers something in Jessica’s ear, but when Jessica reemerges, Bess tells Tess the truth about what happened to the baby.

Todd tries to reach Starr but she doesn’t take his call.  Starr overhears Todd’s outpouring at Hope’s grave.  When she makes her presence known, Todd swears he can be the father she deserves.

Starr and Schuyler discuss their connection and neither holds the other responsible for their tragedy.  Viki reminds Todd of the lowest points in his life and how he has been able to overcome them on Monday, January 12.

Wes learns John is his new boss at Rodi’s.  Rex tells Shane “the facts of life” on Tuesday, January 13.

Cristian admits to Antonio that he has feelings for Vanessa and the newlyweds give into their passion.  John isn’t pleased to learn Marty is staying with Wes.  Bo confides in Rex on Wednesday, January 14.

Dorian tries to seduce David.  Cole overreacts when he sees Starr with Schuyler on Thursday, January 15.