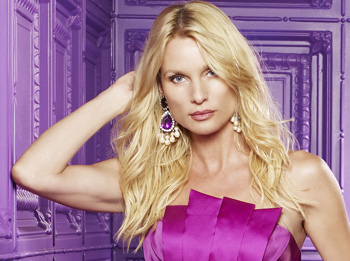 In the episode “Connect! Connect!,” airing Sunday, January 11, 2009 on ABC, Susan and Edie are forced to spend time alone together when they accidentally lock themselves in a basement; Bree’s devious plotting against Andrew’s future mother-in-law in an attempt to keep him close to her comes at a cost; Gaby loses control of her children and turns to Carlos for help; the ongoing search for Porter leads Lynette to her mom; Katherine and Mike will define their relationship; and Dave gets a step closer to exacting revenge.

On the 1/18 Episode of Housewives:

The women reflect on how one man changed their lives on the 100th episode of "Desperate Housewives." Beau Bridges will guest star.

The episode will be available for airing on Monday at ABC.com