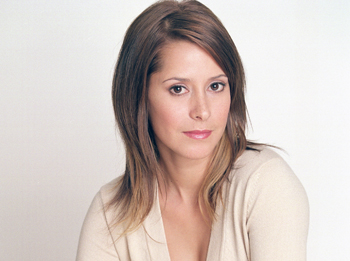 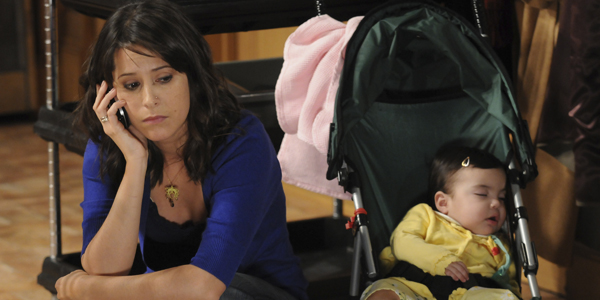 “I KNOW I FORGOT SOMETHING….”

Robin and Patrick’s relationship is strained because she is still denying she could have post-partum depression. They argue over Michael’s prognosis and the decision for Patrick to perform surgery on Michael, but Sonny and Carly agree the operation should be done. Matt visits Robin and she becomes infuriated with him, as a result, she kicks him out. Robin takes Emma to Kelly’s, but is called away on an emergency at the hospital, and leaves Emma behind. Robin realizes she has left Emma at Kelly’s and rushes back to get her. She realizes no one has noticed her lapse in judgment, she decides not to tell anyone, including Patrick. Patrick tries to convince himself Robin doesn’t have issues, but her erratic behavior makes it difficult and he becomes more concerned.

Struggling over the decision about Michael’s condition, Carly goes to talk with Jason while Sonny asks Luke for advice on what to do. Spinelli encounters an art thief and is forced to help her steal a valuable painting. Johnny decides to rent a vacant garage and become a mechanic. Rebecca opens up to Elizabeth about her past. Lucky immediately takes a dislike to Ethan and doesn’t like how Luke and Tracy are buttering up the admitted con artist. Nikolas is unsettled when he sees Rebecca and Lucky being friendly towards each other. Maxie is devastated over the thought of Spinelli going into hiding. Sam believes the only way to get the feds off Spinelli’s back is to destroy the evidence they have against him. Claudia suggests to Sonny he throw a party to show other organizations he’s in charge now and Jason is back to being second in command.

Carly decides she wants to move forward and asks Patrick to perform the procedure on Michael on Monday, March 9.

Elizabeth notices the easy rapport between Lucky and Rebecca on Tuesday, March 10.

Sonny asks Robin for a favor on Thursday, March 12.

Claudia and Sonny end up sharing a round of steamy sex on Friday, March 13.

Ric gets the goods on Claudia. Robin makes a very questionable decision. Winnifred could be the solution to Spinelli’s problems. Winnifred risks everything in her effort to help Spinelli. Nikolas wants Lucky to stay away from Rebecca. Carly fears she’ll end up ruining her happiness with Jax. Jax and Carly speak from their hearts. Patrick is hurt and furious over Robin’s actions. Alexis holds Winnifred and Spinelli’s fate in her hands. Johnny has an ultimatum for Sonny. Rayner puts the pressure on Jason. Robin just isn’t acting like herself. Ric pulls the rug out from under Claudia. Jax gets shocking news. Spinelli and Winnifred are on a mission.