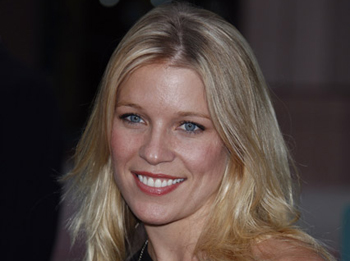 TVSource Magazine has learned former General Hospital star Alicia Leigh Willis (Courtney) may find herself on Guiding Light in the very near future. Sources tell us Willis recently auditioned for a role on the CBS soap.

Alicia Leigh Willis played Courtney Matthews Quartermaine Jacks on ABC’s General Hospital from 2001 to 2006. Courtney was killed off during GH’s February sweeps storyline in which the town of Port Charles was hit by an encephalitis outbreak. Courtney contracted the virus while pregnant, going into labor and dying soon after. Aftewards, Alicia then landed the a starring role as Elizabeth Wakefield on the MyNetwork TV telenovela American Heiress in 2007. The series also featured Theresa Russell, Carter MacIntyre, Robert Buckley and current 90210 star, AnnaLynne McCord. The series was canceled due to the lack of success of the network’s production model. The series was canceled after only 26 episodes..

After American Heiress, Alicia appeared on the popular cable series The L Word as Cindi Annabelle Tucker. The Showtime series revolved is about the lives and loves of a young group of lesbians living and working in Los Angeles, California. The series starred Jennifer Beals, Leisha Hailey, Laural Holloman, Mia Kirshner and Pam Grier.

In 2007, Alicia had a small role on the big screen in the feature film, National Treasure: The Book of Secrets, and she has another feature film to be released in 2009 called Raven. TVSource Magazine will continue to report on this story as it develops.