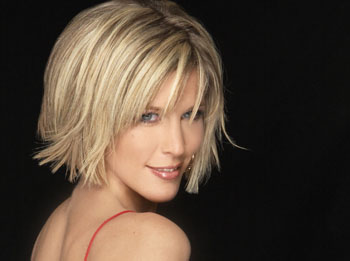 Carly keeps yet another secret from Jax.

Carly’s happiness over her testing positive is short lived, when she learns she may have to terminate the pregnancy if she tests positive for a life threatening condition. Jason is there for her when she needs someone to lean on and she decides not to tell Jax about the baby until she knows for sure she will not have to terminate the pregnancy. Her plans go awry when Jax finds the positive home pregnancy test and is thrilled. Carly decides not to tell him about the danger she could be in if she carries the baby to term. Carly asks Kelly to perform the necessary tests to find out if she is at risk. Carly’s heart is broken when Kelly gives her the test results, but she refuses to terminate the pregnancy even if it means risking her own life to carry the baby to term.

Meanwhile, Claudia’s plans work out to her advantage when she learns she is pregnant. Johnny reminds Claudia that Sonny could easily see through her schemes. She tells Sonny she is contemplating terminating the unwanted pregnancy. Claudia believes her plans are going well, when Sonny tells her not to terminate the pregnancy. After listening in on Jerry’s conversation with Alexis, Claudia orders a hit on him. Claudia encounters Ric who implies the baby she is carrying could be his.

Nikolas catches Rebecca with Helena which adds to his suspicions about her. When Alexis is certain Rebecca is working with Helena, her pulling back Rebecca’s hair reveals some hidden scars. Rebecca is angered by Nikolas casting suspicions on her and insists he keep his distance from her. Rebecca goes off with Lucky and leaves Nikolas standing alone. Later Nikolas goes to Rebecca to apologize for his behavior, but is turned away. Rebecca decides to keep her date with Lucky.

Elizabeth, Ephiphany, and Matt are concerned Robin and Patrick’s problems are going to impact patients at the hospital. After encountering Ethan, Helena is certain he is Luke’s illegitimate son. Jax confides in Alexis about Jerry and later asks Jason never to tell Carly about how Jerry was involved in Michael’s shooting. Patrick and Robin work well as a team to save a patient’s life. Spinelli gets a lead to Jerry’s wherabouts. Patrick is upset when Robin lies about keeping her appointment with Dr. Brown. Jason and Jerry’s situation takes an explosive turn due to Claudia’s plan she set into motion. After speaking with the specialist, Sonny struggles over the decision he has to make about Michael.

Jax confronts Jerry about his role in Michael’s shooting on Monday, April 20.

Helena heads out of town after getting what she came for on Tuesday, April 21.

Alexis is stunned when she comes face to face with Jerry on Wednesday, April 22.

Ric guesses that Claudia’s pregnant and implies it could be his baby on Thursday, April 23.

Carly refuses to entertain the idea of terminating the pregnancy on Friday, April 24.

Jax learns the truth about Carly’s condition. Sonny makes a decision about Michael. A potential tragedy is averted when Patrick rescues Emma before she crashes down the stairs. Olivia warns Claudia that her days are numbered. Jason’s suspicions about Claudia are confirmed. Luke wants answers from Ethan. Robin agrees to get the help she needs after she viciously takes her anger out on Maxie. Olivia puts a stop to Jax and Sonny’s fistfight when they come to blows over Carly’s pregnancy. Claudia questions Sonny’s feelings for Carly. Tracy warns Luke that he’s playing right into Ethan’s hands. Patrick struggles with being a single father. Nikolas and Elizabeth share a kiss not once, but twice! The first one is just for show, but what happens when the second one is real? Luke asks Ethan to take a DNA test. Maxie comes up with a plan to win Spinelli back. Nikolas walks in on Lucky and Rebecca looking very intimate. Ric puts the pressure on Claudia. Sonny and Jax remain at odds over Carly. Maxie’s plan backfires in a big way.