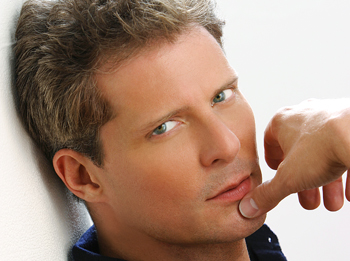 Alan informs Phillip that the Governor ordered a full scale psychiatric evaluation for him.

Bill and Lizzie have their fourth and fifth dates in the city.

Shayne asks Josh to perform a christening for Colin to cheer up Reva.

Natalia attempts to deal with life after being a runaway bride.{/xtypo_sticky}

Roc lets Josh see where he has Edmund chained to a wall.  Josh wants to ensure that Edmund will not hurt his family, but is called away for Colin’s christening.  Josh returns to the spot to find a blood spattered room and he discovers that both Roc and Edmund are missing.  Edmund spies on Shayne and Dinah through an audio device he planted in Lara’s music box.  Meanwhile, Josh explains to Jeffrey what happened to Edmund.  Jeffrey locates Roc, who is itching to catch Edmund.  Edmund watches unseen while Dinah helps Shayne realize that he needs to return to Bosnia to face what happened to Lara.  Josh calls Shayne, who tells his father that he’s going to Bosnia with Dinah. A shocked Josh learns from Jeffrey that Edmund has just boarded a plane to Bosnia.  Josh orders Billy to keep an eye on Reva without letting her catch on.  Josh heads to Bosnia.  Shayne takes Dinah to the village where he met Lara, but they are being watched.  Josh, packing heat, pays a bellman at his Bosnian hotel to find information on Roc.  Roc shows up and Josh brings him up to speed.  Once Josh leaves, Edmund emerges from the shadows and with a gun pulled on Roc.

Elsewhere, Dinah and Shayne discover a nun following them.  Dinah deals with the nun while Shayne visits Lara’s grave.  The nun, Sister Angelica, reveals to Dinah that she knows who the real parents are and that they are not the couple that Dinah met.  Shayne sees Josh at Lara’s grave.  Josh tells Shayne about the situation with Edmund, but that it’s been handled.  Looking at Lara’s headstone reminds Shayne that he could have been a father.  Shayne wishes he could understand the reason for Lara’s death, but Josh says it takes time before its revealed and he’s just glad Dinah was there to help Shayne heal.

Alan provokes Phillip to the point that Phillip punches Alan and must be physically restrained.  Marina believes Dinah can help her with child services.  Frank tells Buzz that he’s sure Natalia still wants to marry him.  Bill is disappointed to learn that Lizzie has already done all of the things in New York that he wanted to do with her.  A jobless Christina tells Remy she wants to open a daycare center after holding Colin. Olivia thinks Natalia hasn’t thought through what comes after those three small words.   Not one to give up, Bill sends Lizzie’s suitcases away and tells her that he’s going to give her something she never had, a playful childhood.  After Dinah takes the blame, Clarice concludes that she has seen Henry has two loving parents.  Frank tells Natalia that Rafe’s report date at the half-way house has been moved up.  Shayne brings Reva & Jeffrey’s loved ones in front of her window at the hospital and the christening is performed, with Lillian and Shayne serving as godparents.  When Clarice remarks that Henry’s case isn’t closed, Marina threatens to plant drugs on her and ruin Clarice’s career to protect her child.  Olivia and Emma are there for Natalia when she says a tearful goodbye to Rafe at the Church.