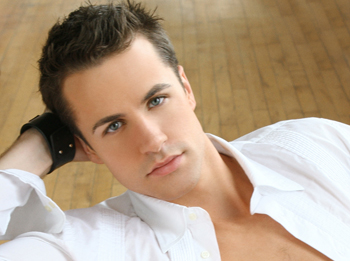 Daytime Confidential is reporting that former Guiding Light star John Driscoll will join The Young and the Restless as Phillip Chancellor IV. Driscoll spent 5 years playing Henry "Coop" Cooper Bradshaw on GL before he was written out in early 2009.

Phillip is the son of Nina Webster (Tricia Cast) and the late Phillip Chancellor III (Thom Bierdz). Phillip is also the grandson of Jill Foster Abbott (Jess Walton). The character’s name has been dropped a couple of times over the past few months. During Katherine’s "funeral," Nina revealed Phillip was fighting in the Iraq war.

According to DC‘s source, Driscoll will heavily interact with Adrienne Frantz (Amber), Christel Khalil (Lily) and Elizabeth Hendrickson (Chloe).
I’m interested in the dynamic between Phillip and Cane (Daniel Goddard), seeing as how Cane turned out to be the "real" Phillip. During Katherine’s "funeral," Nina looked at Cane and said "He’s no Phillip." Was Y&R foreshadowing a story for the fans? It seems the writers have forgotten the DNA test between Jill and Cane did not match, yet she accepted Cane as her son anyway. It seems the writers have also forgotten the mysterious phone calls Cane made shortly after Jill accepted him as her son. Hmmmmmm….

The last time Phillip graced Genoa City with his presence was in 2001, when he was played by current Gossip Girl star Penn Badgley. Current Sarah Connor Chronicles star Thomas Dekker played the role back in 1993.

No first airdate has been given.

This week on Days of our Lives: Chloe is surprised when her mother Nancy returns…