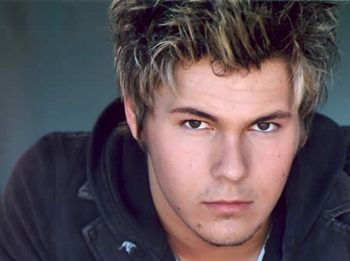 Schuyler starts to put two and two together.

Bess resists allowing Jessica to reemerge when Brody calls again, but she can’t fight Tess, who tries to make Bess see that she can’t raise Chloe alone. Bess pushes Tess from her mind and develops a plan. Brody is determined to find Jessica. Bess arrives at Nash’s parents home and they invite her and the baby to stay. The Brennan’s catch Viki’s televised appeal to Jessica, and question Bess who manages to explain. Brody is close to finding Jessica.

Blair reaches out to Todd. Todd learns that Tea has survived the surgery, and invites her to recuperate at his home.

Schuyler tells Gigi he thinks Stacy tampered with the stem cell transplant. Stan tells Rex that Stacy stole money from him, but when Rex questions Stacy about it, she talks her way out of the jam. Stacy bails Kyle out of jail. When Schuyler sees Kyle at the lab, he begins to put everything together. Stacy plans to pay off Stan by taking money from Rex. Rex sees Gigi and Schuyler together.

Dorian explains to Markko and Langston how Lola tampered with their condoms and confessed to killing her mother. John and Marty share a passionate kiss but agree the time is not right for them to make love. Christian and Layla become unlikely roommates. Nora admits to Bo that she and Clint are engaged.

Everybody converges at Llanview Hospital where Todd and Marty have taken Hope to get checked out. Viki and Clint are there to check on Jessica and confirm that Chloe is actually Hope, and Marty and Todd agree to let them break the news to their daughter. Jessica hears the baby’s cries and rushes to retrieve her notdaughter from Marty. Marty pulls Blair aside and tells her about Hope. When Jessica and the baby are discovered missing from the hospital, Viki quickly realizes Bess has reemerged. Although Jessica resurfaces briefly when Brody calls, Bess quickly regains control and continues driving away from Llanview. Todd is stricken to learn that Tea’s injuries are life threatening.

On Monday May 25, OLTL will be a re-airing of an episode that originally aired on March 9, 2009. Bo frantically searches for Matthew who was thrown from the car. Marty tells Cole she will never leave him again. Stacy drugs Rex.

Bess and Tess don’t see eye to eye, and Blair reaches out to Todd, and Natalie and Jared’s families are happy to learn they are married on Tuesday, May 26.

Tea and Blair agree their secrets are best forgotten, and John and Marty kiss, and Roxy keeps her deal with Kyle on Wednesday, May 27.

Bess arrives at Nash’s parents’ home and Cristian and Layla become roommates on Thursday, May 28.

Blair, Todd and Marty tell Cole and Starr, and John tells Michael and Marcie about Hope on Friday, May 29.

The reality of Hope being alive weighs heavily on many. Starr comes to terms with the fact that Todd is not guilty of causing her daughter’s death. Stacy’s confident she’ll get everything she wants. Rex jumps to the wrong conclusion about Gigi and Schuyler. Bess feels the walls closing in on her. Starr wonders what will happen between her and Cole. Rachel questions Nora’s motives for accepting Clint’s proposal and wonders if she is just avoiding her feelings for Bo. Viki finds the only way to get through to Bess. Gigi and Schuyler are determined to expose Stacy’s lies. Stacy continues to manipulate Rex. Jessica is forced to face the painful truth. Gigi and Stacy go at it. Starr answers the phone to the news she has been waiting for about Hope.