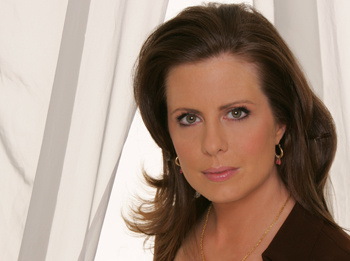 Andrea and Ric find they have something in common.

After another incident with Michael, Carly agrees with Jax, Michael cannot live with them. Michael apologizes to Morgan before he sneaks out of the house to see his father. Meanwhile, Jason and Johnny barely escape the ambush as they leave all but one of the snipers dead. Sonny and Jason agree the situation is only going to get worse. When Jax suggests Michael move in with Sonny, Jason warns him it may not be such a good idea. Morgan sneaks out of the house to go to Sonny’s but is grabbed by Dominic. Realizing Morgan is missing, Carly and Michael go searching for him. Carly comes up on Morgan being held by Dominic. After Michael arrives, Carly pleads for her and her children’s lives. A wounded Dominic goes to Claudia for protection. Claudia hides the hired sniper in her bedroom. Kristina unexpectedly stops by to see Michael and stumbles upon the sniper hiding in Claudia’s room. Michael becomes upset with Jason when he refuses to allow Michael into the organization. Michael storms out and pays Johnny a visit. Johnny refuses to help, just as Jason arrives to hear him refuse to help Michael get into the business.

Back at Sonny’s, Alexis and Claudia clash over Michael and Kristina. An argument ensues between Michael and Jason over Michael following in his father’s footsteps. Sonny agrees the mob is not the future he wants for his son. Michael’s living arrangements are left up to Carly. Later Sonny and Alexis get into an argument about Kristina, which she overhears. Claudia finds the injured sniper with Kristina. Michael accuses his father of not wanting him in the business because of his brain injury. Sonny buys a sports car for Michael as make up gift.

Carly makes a surprising announcement, she believes Michael will be better off living at the mansion with Edward and Monica. Edward wants Jason to move back into the mansion to help Michael with the transition.

While Ric and Andrea hatch a plan to benefit each other, Robin and Patrick review Brianna Hughes’ autopsy report and conclude she was murdered. Patrick and Robin meet with Mayor Floyd and inform him of their findings. He swears he didn’t kill her, that he truly loved her. Upon returning to the hospital, Robin and Patrick witness Andrea verbally attacking Mac. She accuses Mac of ruining her husband’s career and then slaps him. Ric and Andrea’s scheme is going better then they could have planned when Matt and Patrick hire Ric to take on their malpractice suit. Robin, Patrick, Spinelli and Maxie take their evidence to Mac and Alexis. Mac arrests Mayor Floyd for murder and he makes a shocking public announcement.

Johnny and Olivia can’t seem to keep their hands to themselves. Nikolas reassures Rebecca he’s not falling for her just because she looks like Emily. After being spooked by her emotions waltzing with Nikolas, Rebecca pays Ethan a visit.

Ethan spies on Nikolas and Rebecca. Robin and Patrick fear they’ve made a horrible mistake. Alexis has her dirty laundry aired in public. Sonny and Jason clash over Michael. Jax attempts to blackmail Claudia. Kristina refuses to forgive Alexis. Sonny realizes what’s best for Michael. Ethan accuses Rebecca of wanting Nikolas for real. Jason makes a decision about Michael. Robin points the finger at a different murder suspect. Carly panics when she finds out what Michael’s up to. Dominic seeks out Kristina.