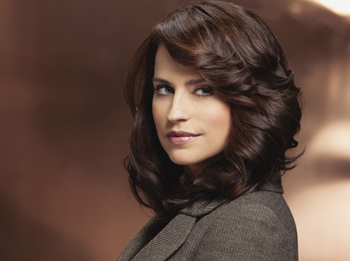 ‘Guiding Light’ star Crystal Chappell talks the end of ‘GL’ and her time on the show. 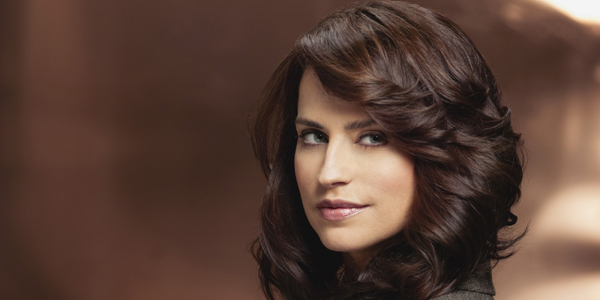 Crystal Chappell began her daytime career on NBC’s "Santa Barbara" as Jane Kingsley. After a short run, she headed to "Days of Our Lives" as the popular Dr. Carly Manning from 1990 to 1993. In 1995, she moved to ABC’s One Life to Live where she spent two years playing the role of Maggie Carpenter. After taking a break from daytime, Chappell returned to her roots and joined the cast of "Guiding Light" as Olivia Spencer in 1999. Crystal met her future husband, actor Michael Sabatino (Lawrence Alamain) during her time on "DAYS." The two married in 1997 and have 2 boys, Jacob and Dylan.

Since 2002, Crystal has been nominated for 5 times for a Daytime Emmy, winning the prestigious award for Outstanding Supporting Actress in a Drama Series in 2002 for her portrayal of Olivia on "Guiding Light." The actress will return to "Days of Our Lives" in September 2009 and will first air sometime in October.

After 72 years on the air, "Guiding Light," the longest running television drama, broadcast weekdays on the CBS Television Network, will air its final episode on September 18, 2009.

TVSource Magazine: Sadly, after 72 years on the air, "Guiding Light," the longest running television drama, will air its final episode on September 18, 2009. What has the last ten years on the show meant to you?

Crystal Chappell: Well that’s a big question. It has been a huge part of my life. I had my children there, made great lasting friendships and had the privilege of being a part of an historic show.

TVS: What was your reaction when you heard that the show was canceled on April Fool’s Day, nonetheless?

CC: Well, I knew it wasn’t a joke. But it was devastating. Not only for me and my cast-mates and crew, but for the entire daytime industry.

TVS: Who did you enjoy working with the most on Guiding Light?

CC: No one person. Part of my fun was being able to work with pretty much the entire cast, because everyone is different and everyone brings something different. It was more challenging and fun for me.

CC: Personally, my expanding family and friendships that have developed. Professionally, the opportunity to work as much as I have. 10 years is a good long run.

TVS: What have been some of your favorite moments from GL and what will you miss most about the show?

CC: My favorite moments are off-camera. Hanging out with the cast and crew. We laughed all the time and that is a gift. I will miss the show itself. It is going to be a huge void in television when Guiding Light is gone.

TVS: On screen you seem close to Jacqueline Tsirkin (Emma), how much will you miss her and how has she handle the fact that GL is ending?

CC: She will forever be my little girl, my little jellybean. She told me she was going to miss me after the show was over and I promised her that we will keep in touch and we will.

TVS: In one word, how would you define the ending of your storyline?

TVS: You and your co-star Jessica Leccia who plays Natalia, have received praise (from both critics and fans) for your storyline, involving a relationship between two women. Did you have any reservations with the storyline? Why do you think Olivia and Natalia have become one of daytime’s hottest pairings?

CC: No, I had no reservations whatsoever. In fact I was excited by it. I think it has received the attention it has because it was a slow building love story and it reflects a group of people that haven’t been represented adequately.

What’s in your iPod: "Everything. I have 3 iPods and I have everything from country to reggae, to classical to opera to show tunes, Pop, hip-hip, funk. I have everything."
Last Movie You Saw At The Theater? "Harry Potter and the Half Blood Prince."
Last Book You’ve Read? "One that my son read me."
Must See TV? "Is it too late to say GL?"
Favorite thing to do on your day off? "Spend time with my Family."
Favorite Comfort Food?
"Anything with cheese like pizza and macaroni."
Beach or Mountains? "Mountains."
City or Country? "City."
Favorite Holiday? "Christmas."{/tabs} 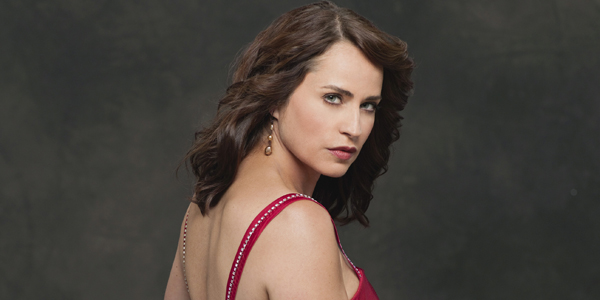 TVS: How would you describe the relationship between Olivia and Natalia?

CC: They are two friends who fell in love with each other and have really become soul-mates.

TVS: What are some of the differences between her relationship with Natalia than her previous relationships?

CC: She didn’t want anything from Natalia in the beginning. She didn’t try to manipulate her…it grew from real change and her personality. The relationship grew out of Olivia’s being able to change who she is as a person and therefore it made the relationship more authentic.

TVS: Why do you think Daytime has been reluctant to write more positive storylines regarding same sex couples?

CC: That is a hard question to answer. I am not sure. It is usually when people are ready that you see things…maybe they are just not ready. I don’t know.

TVS: Were you surprised with the positive feedback from the fans?

CC: Yes and no. I thought it was a well-told story and I believe an audience will respond to that…any well-told story. Surprised isn’t a big enough word for this…it has been overwhelming.

TVS: With you and your family settling back on the west coast…what are you most looking forward to about living the California life again and what will you miss about living in NYC?

CC: I look forward to the West Coast sun, but New York’s energy will always bring me back.

TVS: In September, you’ll head back to Salem after 15 years. Was Days the first show to go after you and what made you decide to return after all these years?

CC: Gary Tomlin. I have known him for a very long time and have great respect for him and I am thoroughly intrigued at the thought of returning and recreating Carly.

TVS:Do you imagine portraying Carly again will be like putting a comfortable pair of shoes…or is this going to be a brand new pair of shoes that happens to have a familiar feel?

CC: I think I am going to go barefoot in this role…totally open to anything and everything.

TVS: Do you recall where Carly was emotionally when last you were on Days and can you take an educated guess as to where she is now mentally as well as emotionally in her life?

CC: From what I can recall, Carly has just come out of an herbal funk. I don’t think she was quite all there when she left with Lawrence. Where she is 15 years later you, will not hear coming from my mouth…it is top secret.

TVS: How do you feel about working with your husband, Michael Sabatino and Louise Sorel again?

CC: Right now, I have only heard rumors about Michael. I hope they are true, but I can’t wait to work with Louise.

TVS: Do you have any idea on what your return storyline on Days is going to be and who would you like to work with this go round on the show?

CC: Yes, I do know and I hope get to work with as many people as possible. I think it is a fun cast.

TVS:You have created a lot of internet buzz for your upcoming online series Venice that you are developing with your friend and partner Kim Turrisi. So far you’ve revealed that Jessica Leccia, Hillary B. Smith and Jordan Clark will appear. Can you tell us a little about the series? Is it a soap opera or is it of another genre? Also, you mentioned on twitter one evening the possibility of getting Tom Pelphrey to play the lead character’s brother…where does that stand as of now?

CC: Venice is a web-series that follows a community of people in Venice Beach, California. The lead character Gina just happens to be an openly gay female. It is not a lesbian soap opera. We want to tell everybody a story. We will make an announcement about the rest of the cast as soon as we can.

This interview is not to be reproduced without written consent from the author and TVSourceMagazine.com
© 2009 TVSource Magazine. All rights reserved

TVSource Magazine would like to extend a thanks to all of Crystal Chappell’s fans who submitted questions via twitter and e-mail.