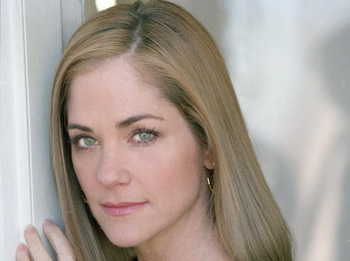 DOWN BY THE BAY

Ross forces Blair onto a boat and heads out into the bay to prevent her from interrupting Todd and Tea’s wedding. As Blair observes through high powered binoculars, Todd and Tea prepare to exchange vows. Tea is moved by Todd’s heartfelt vows as they marry for the third time. A furious Blair threatens to shoot Ross with a speargun. Ross tells her to get over Todd because he wants Tea now, and Ross later admits he’s happy he prevented Blair from making a fool of herself. When they return, Blair makes straight for the cabana where Todd has prepared a romantic wedding night surprise for Tea. Blair is hurt when she hears Todd and Tea making love, but Ross leads her away, overlooking Dorian’s check when it falls from his pocket. Tea finds the check. Later Blair discovers that Dorian and Ross have been in cahoots and heads to find Todd. Tea and Ross come face to face.

Schuyler gets official notice that his teaching credentials have been revoked. He and Gigi discuss his plans to become a doctor, but Schuyler doesn’t have the money to go to medical school. After some hesitation, Gigi admits that Schuyler should take the bartender’s position at Rodi’s, although she knows this will not please Rex. Kim makes sure Rex finds out about Schuyler’s new job before Gigi has a chance to tell him. Kim also accuses Gigi of being jealous when Schuyler agrees to go on a date with her.

Matthew wants Greg to perform the surgery as soon as possible, but Greg refuses. Cris and Fish urge each other to share their true feelings with Layla and Kyle. Fish risks a broken heart when he tells Kyle how he feels. Langston and Markko are caught in a compromising position when Starr and Cole return home earlier than they expected. Dorian and David try to find a way to gain the support of the gay community for her campaign to become mayor. More evidence is piling up against Jared. Brody tells John that he overheard Jared’s mysterious phone call. The stalker is revealed in David’s footage from the reality show. Although Jared claims he doesn’t know the man identified in the film, John discovers they were incarcerated in the same prison at the same time. Later Jared meets the stalker outside of Llanfair and Natalie makes a horrific discovery.

Stacy and Kim stir up more trouble for Rex and Gigi with Kim making a play for Schuyler as part of their plan on Tuesday, September 29.

John gets a lead on Jessica’s stalker while watching some of the footage David shot for his reality show on Wednesday, September 30.

Cristian urges Fish to tell Kyle how he feels about him onThursday, October 1.

Blair drops her bombshell on Todd. Things don’t look good for Jared. Tea realizes what Blair’s been up to. Matthew has a surprise for Nora. Todd confronts Tea about her marriage to Ross. Evidence continues to mount against Jared. Gigi’s jealousy flares when she sees Schuyler with Kim. The gloves come off between Blair and Tea. Markko makes a mortifying mistake. John wants answers from Jared. Blair and Tea’s confrontation takes an unexpected turn. Dorian makes a surprising announcement. Jared admits to Natalie he’s been keeping a secret. Tea fears her secret will be exposed. Matthew plans on going full steam ahead with his surgery. Blair’s lucky to be alive. David refuses to pretend to be gay to help Dorian’s campaign.