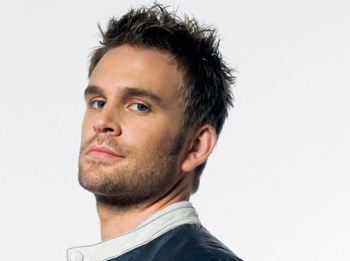 Rex overhears Gigi admit to Schuyler that she’s jealous of Stacy and her baby and she is uncertain that she and Rex have a future together. Rex surprises Gigi with a marriage proposal. Gigi realizes Rex must have listened in on her conversation with Schuyler, and presumes that is what prompted Rex’s sudden urgency to get married. Gigi wants to wait until she’s sure she and Rex are making a commitment for the right reasons. Stacy’s doubts about going through with her pregnancy are erased when she sees Gigi and Rex arguing and her determination to win Rex is renewed.

Blair eavesdrops as Todd and Tea set a wedding date. Viki advises Tea to tell Todd the truth about her relationship with Ross. Tea tells Todd she was involved with Ross but misses the opportunity to tell him the whole story. Dorian tries to thwart Blair’s plans by paying Ross’s to keep Blair from Todd and Tea’s wedding. Ross declines but has second thoughts about turning down the reward Dorian offered to him. Blair is eager to ruin Todd and Tea’s wedding plans, but Ross isn’t so enthusiastic.

The court has reached it’s verdict, and Matthew is free to decide for himself whether or not to have the risky surgery. Nora makes an emotional plea with Matthew not to risk his life, but Matthew is determined. Matthew wavers momentarily when he comes to understand what losing Drew cost Bo, but he digs in his heels and remains committed to having the surgery that he believes will allow him to walk again.

Greg imagines Shaun berates him for performing the surgery to boost his ego. Rachel finds Greg by Shaun’s bedside and tries to convince him that he only did what he believed was best for Shaun. John grows suspicious after questioning Jared about his attack at BE. Natalie is furious when she realizes John has a bead on Jared as a suspect, and she shares her concern with Jessica. The twins refuse to believe that Jared is involved with the stalker. Jared pumps Brody for information about John’s investigation. Cristian and Layla continue to support Fish when his parents reject him. Cristian invites Layla to Tea and Todd’s wedding. Marty tries to convince Fish’s dad not to turn his back on his son. Fish explains his reasons for coming out of the closet to Kyle. George Fish berates Kyle for his lifestyle, but Kyle defends the relationship he shared with Oliver.

Nora and Rachel share a heart-to-heart about the men in their lives on Monday, September 21.

Fish explains to Kyle why he came out of the closet on Tuesday, September 22.

Matthew realizes that Bo’s so adamantly opposed to his having the surgery because he fears losing him like he lost Drew on Wednesday, September 23.

Natalie becomes angry when she realizes John suspects Jared might be up to no good onThursday, September 24.

Blair’s anxious to put her plan in motion as Todd and Tea’s wedding is about to begin on Friday, September 25.

Ross takes matters into his own hands. Stacy and Kim conspire to break up Rex and Gigi. Tea’s impressed when Todd speaks from his heart. Ross urges Blair to let go of Todd once and for all. Stacy and Kim stir up trouble for Rex and Gigi. Lionel Richie and Jeremiah rock Ultraviolet. Blair’s hurt by Todd and Tea’s commitment to each other. Greg puts the brakes on Matthew’s plans. Jared makes a mysterious call. David reveals to Bo that he has footage of Destiny and Matthew discussing Bo and Nora’s kiss. Greg is consumed with guilt. Stacy and Kim are confident their plan is working. John suspects Jared’s been lying to him. A furious Blair spills the beans to Todd. Jared gets a call from the stalker. Fish puts his heart on the line.