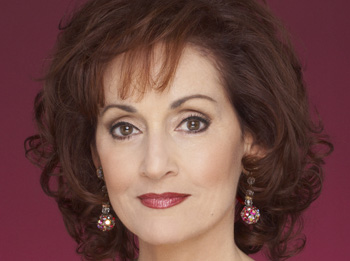 AIN’T ONE LIFE A MITCH?

Mitch continues to press Dorian into his service when he delivers the letter opener Natalie used to stab him into Dorian’s hands and she accuses Bo of evidence tampering. Natalie admits she tried to kill Mitch, and when John steps forward and takes full responsibility, Bo offers to remove himself as Police Commissioner as a compromise. Dorian names former Mayor Lowell as the new Police Commissioner, alienating Blair, Starr, Langston, and Addie who leave Dorian in the dust. Blair and her family take refuge at Todd’s house. Todd and Tea lament that they have to remain apart for Danielle’s sake. Tea takes Danielle to Tahiti.

Charlie confesses to Viki that he’s been drinking again. Natalie and Charlie grieve at Jared’s grave. Marty confronts John about his hero complex. Rex comes to Stacy’s rescue when Mitch and Nurse Charles try to kidnap her. Gigi tells Rex about her night with Schuyler. Rex considers fighting for custody for Shane but reconsiders based on Eli’s recommendation. He agrees to let Gigi move back into the carriage house with Shane but insists Sky cannot stay there when Shane is at home. Blair and Eli embark on a no strings attached fling. Matthew and Danielle share their first kiss. Ford flirts with Layla until Cris interrupts.

Kyle and Fish bask in the afterglow on Monday, January 4.

Todd and Tea find it hard to say goodbye and make love on Wednesday, January 6

Viki takes Charlie to Jared’s grave, where they find Natalie in tears. Charlie and Natalie come together in their grief on Thursday, January 7

Todd laments to Blair he fears he’s never going to get the chance to know his daughter on Friday, January 8