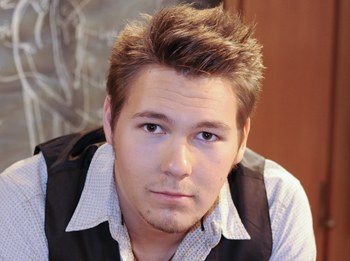 Schuyler continues to struggle with his guilt over keeping the truth from Gigi.

HAPPY NEW YEAR AND ALL THAT

Bo and Nora agree to close the case on Mitch’s stabbing even though they know Natalie and John are hiding something. Schuyler continues to struggle with his guilt over keeping the truth from Gigi, while Gigi admits to Noelle that she wants to be with Schuyler. Gigi invites Schuyler to spend New Year’s Eve with her, all night! Fish tries to convince Kyle that Nick is doing all he can to come between them but Kyle doesn’t believe him, until he’s on the receiving end of an ambush kiss from Nick. Kyle goes to find Fish and they ring in the New Year together. The Mayor’s Ball is more festive for Clint than anticipated when he arrives with the lovely Kim as his date and witnesses Bo and Nora roasted over hot coals when their torrid affair is made public and as an encore, Dorian complies with Mitch’s demands and fires Bo. Things heat up even more when Danielle threatens to shoot Todd, with Bo’s stolen gun. But Blair and Todd talk her down, and Tea promises Dani she will end things with Todd.

Mitch doesn’t take it well when Stacy rejects his offer. Rex tells Mitch to stay away from his family. Matthew tries to soften the blow when he tells Destiny he doesn’t return her feelings. Destiny decides Matthew’s friendship is better than nothing at all. Langston can’t stop thinking about Ford and Markko is not at all happy to learn he has returned to Llanview.

Knowing what Dorian’s planning to do, Clint anticipates Bo’s fall from grace on Monday, December 28.

Bo and Nora are thrown to the wolves in the middle of the Mayor’s Ball when their affair comes to light and Dorian acts on Mitch’s orders by publicly firing Bo on Tuesday, December 29

Gigi and Schuyler act on their feelings for one another and Kyle and Fish passionately celebrate the New Year together on Wednesday, December 30

One Life to Live will be pre-empted on Friday, January 1