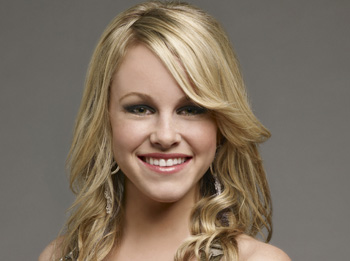 Dominic surprises Lulu when they go on their first date.

Maxie helps Lulu get ready for her first date with Dominic. Dominic won’t tell Lulu where they are going on their date. When Dominic takes Lulu to the opera on their first date, she doesn’t like it, but by night’s end, she has enjoyed the opera experience immensely. Dominic and Lulu heat things up in the limo but the driver interrupts their first time making love.

Johnny confronts Jason with the photo of Claudia’s empty grave and Jason opts to tell him the truth about what happened the night she died. Johnny unleashes his rage on Jason by attacking him. Sam has an unexpected visitor. Sonny plays along when he encounters Lisa and continues to flirt with her when he notices his flirtations with Lisa makes Olivia jealous. Jason becomes concerned when he cannot find Sam at her apartment. Michael is pulled over for driving drunk and Lucky takes him home instead of arresting him. Johnny tells Olivia he knows the truth about Claudia’s death but won’t tell her who told him because of her connection to Dominic. Elizabeth surprises Lucky by recreating the night they spent together over ten years ago at Luke’s old club, but this time an empty Jake’s serves as the venue. Elizabeth surprises Lucky with his old guitar and he sings to her like he used to. Kristina and Molly set Alexis up on a date with Mac and she reluctantly agrees to go. Mac and Alexis’ car breaks down but they enjoy themselves dancing to the car’s radio. Kristina rejects Keifer’s advances and he storms off leaving her in tears. After jumping to the wrong conclusions about each other, Max and Diane kiss and make up. Maxie’s determined to make amends with Spinelli.

Patrick and Robin are blissfully content as they celebrate their one year wedding anniversary on Monday, December 28.

Jason becomes concerned when he doesn’t find Sam at her apartment on Tuesday, December 29.

Elizabeth surprises Lucky by recreating the night they spent together over ten years ago at Luke’s old club, but this time an empty Jake’s serves as the venue on Wednesday, December 30.

General Hospital will be pre-empted on Friday, January 1.