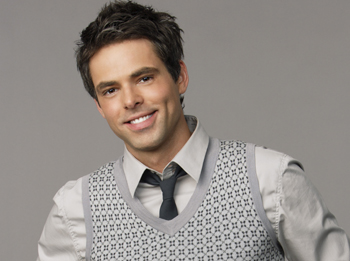 Patrick and Robin clash over her continued defense of Sonny.

Don’t forget to vote for your favorite actor, actress, and couple in the Pulse Poll beginning at 4pm!

Jax uses his resources to persuade Federal Prosecutor Claire Walsh to take over Sonny’s case. Diane asks Alexis to help on Sonny’s case but with one condition — Alexis must join her lawfirm. Sonny asks Jason to keep Michael away from the courthouse during the proceedings. Diane advises Sonny to plead not guilty but Claire wants Sonny’s bail revoked immediately. Jason makes plans for Sonny’s escape if his bail is revoked. Alexis asks Jax to back off when she realizes he is behind Claire taking on the case, but Jax refuses to back down. Dante is subpoenaed to appear at Sonny’s arraignment. Robin tries to sway Dante into defending Sonny as she explains how much Sonny helped her and Stone. Alexis joins Diane in defending Sonny. Jason, Sam and Spinelli hatch a plan of escape for Sonny if his bail is revoked. Dante takes the witness stand and is grilled by the Federal Prosecutor. Sonny waits to hear his fate when the judge returns to the courtroom prepared to announce his judgment. Luke’s ready to stop Lucky from interfering when he realizes Lucky would certainly try to stop Jason from helping Sonny escape.

With Ethan’s help, Johnny is able to hijack Sonny’s shipment and slip away before Max and Milo realize he did it. Luke is concerned when he learns Ethan and Johnny have become best buds. Jason learns Johnny hijacked the shipment and confronts him. Johnny tells Jason in no uncertain terms that he’s going to keep going after Sonny. Olivia and Johnny’s relationship remains uncertain when she tells him she wants nothing to do with any mob business. Johnny pays his father a visit in prison. Jason encourages Lucky to deal with Johnny before someone ends up dead. Luke cautions Ethan to think long and hard before getting involved with Johnny’s business. Jason has mixed feelings about how to deal with Johnny. Olivia is left with the decision to keep seeing Johnny when he tells her he is continuing with his mob activities. Johnny is determined to beat Sonny at his own game and tries to recruit Ethan to partner up with him and to help go up against Sonny.

Maxie tries to give Lucky advice about Elizabeth. Nikolas asks Elizabeth to take a paternity test as soon as possible. Maxie confronts Dante about his intentions towards Lulu. Tracy tries to warn Lulu away from Dante because men involved with the mob tend to leave their women in the end. When Lisa scores tickets to a concert, she and Steve realize they have something in common. Patrick is surprised to hear Steve ask Lisa out on a date. Patrick and Robin clash over her continued defense of Sonny.

Nikolas asks Elizabeth if she’d be willing to take a paternity test sooner rather than later on Monday, February 22.

Johnny tells Jason in no uncertain terms that he’s going to keep going after Sonny on Tuesday, February 23.

Patrick’s surprised when he hears Steve asking Lisa out on Wednesday, February 24.

Alexis realizes Jax is behind Claire taking on Sonny’s case and asks him to back off but he adamantly refuses on Thursday, February 25.

The judge returns to the courtroom prepared to announce Sonny’s fate on Friday, February 26.