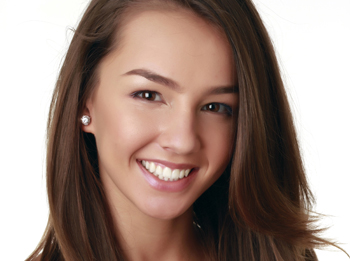 Kristina points the finger at Ethan after Kiefer beats her up.

Pulse Poll Rankings for Wk. of 3/1/10 |
Don’t forget to vote for your favorite actor, actress, and couple in the Pulse Poll beginning at 4PM |

Sam verbally lashes out at Ethan for having bruised Kristina’s arm when he rejected her advances. Ethan discovers a badly beaten Kristina alone at the lake house and takes her to the hospital. A traumatized Kristina, however, puts a deep scratch on Ethan’s face when he goes to help her. Sonny is sickened at the sight of seeing his battered daughter as it brings back memories of the abuse he saw his own mother endure at the hands of his stepfather. Kristina points the finger at Ethan when Alexis and Sonny question her. Kristina sticks to her story when Lucky questions her. Sonny goes after Ethan when he hears the story from Kristina, Dante stops him. Ethan claims he’s innocent when Lucky slaps on the cuffs and arrests him. Sonny wants Ethan to pay with his life for allegedly attacking Kristina. Dante’s affected to witness Sonny’s despair over Kristina as he sits by her bedside. Johnny defends Ethan when he’s questioned by Jason. Alexis begs Jason not to kill Ethan as she doesn’t want Kristina to feel responsible for his death. Tracy bails Ethan out but she’s not convinced he’s innocent of the charges. Lulu catches Ethan as he’s about to flee town. Kristina’s story has holes in it and Jason takes notice to the discrepancies. Mac and Alexis receive the results from the tests done on Kristina. Kristina gets upset when Jason gets too close to the truth. Sonny reprimands Jason for going after Kristina. Sam bristles when Jason admits he has doubts about Kristina’s story. Kristina pleads with her father not to kill him, but Sonny is not making any guarantees. Sam physically attacks Ethan. Ethan still claims his innocence to Jason when he’s questioned. Sam refuses to believe Kristina is lying about who attacked her and Jason shouldn’t believe anything Ethan says. Sam helps Kristina cover up her bruises with make up. Jason admits to Carly he thinks Kristina might not be telling the truth. Ethan arrives at the lake house to confront Kristina despite the restraining order against him.

Lucky tells Elizabeth they have no future to be a family regardless of who turns out to be the father of her baby. Maxie has trouble breathing so Lulu and Kate rush her to the hospital. Maxie learns she has contracted pneumonia. Helena is thrilled when she learns Lucky is the father. Helena hatches a plan to lead everyone to believe Nikolas is the father so a Spencer offspring can be raised as a Cassadine. Unaware of Helena’s plans, Elizabeth and Nikolas learn he is the father of the baby. Lucky is disappointed when he overhears Nikolas is the father. Spinelli begins to feel more secure about his and Maxie’s relationship. Although tempted to make his presence known, Michael hides when Dante shows up on the island. Nikolas sees how disappointed Elizabeth is that Lucky isn’t the father of her baby. Carly gets Sonny to rally before his trial begins. Jury members are selected for Sonny’s trial and they are Alice, Coleman and Lisa. The attorney’s give their opening statements as the trial begins. Maxie is afraid her time is running out.

Sam verbally attacks Ethan for having bruised Kristina’s arm when he rejected her advances on Monday, March 15.

Helena learns the results of Elizabeth’s paternity test and is thrilled to find out Lucky is the baby’s father on Tuesday, March 16.

Tracy bails Ethan out of jail and tries to convince herself he’s innocent on Wednesday, March 17.

Sam bristles when Jason admits he has doubts about Kristina’s story on Thursday, March 18.

Alice, Coleman and Lisa are picked as jury members for Sonny’s trial on Friday, March 19.