We’re all familiar with the classic soap hero, the dashingly handsome man with the suitably heroic profession (cop, doctor, multimillionaire) who manfully attempts to do the right things in life, even when it comes at a great personal cost. We all love these traditional heroes, soaps wouldn’t really be soaps without them. But every once in a while, someone different comes along, a character that shakes up the tried and true definition of the classic dashing leading man and makes us sit up and take a closer look. Henry Coleman is a perfect example of this.

Soap operas have a tendency to punch out some pretty standard cookie cutter characters. I’m not knocking that; as it’s a formula that has worked admirably well for decades. We’re all familiar with the classic soap hero, the dashingly handsome man with the suitably heroic profession (cop, doctor, multimillionaire) who manfully attempts to do the right things in life, even when it comes at a great personal cost. We all love these traditional heroes, soaps wouldn’t really be soaps without them. But every once in a while, someone different comes along, a character that shakes up the tried and true definition of the classic dashing leading man and makes us sit up and take a closer look. Henry Coleman is a perfect example of this. 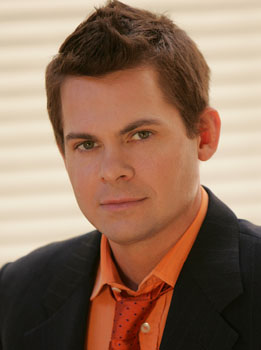 Henry is a totally distinctive character, brought to life by his very multi-faceted portrayer, Trent Dawson. He’s a gambler with an almost painfully urbane, sarcastically witty and bigger-than-life personality. He’s not necessarily burdened with a strong sense of morals, although he does try. He’s unashamedly fond of money and can be somewhat ruthless in the pursuit of cash. But he’s a loyal friend and a very fun one and when he’s on-screen, you can’t help but watch.
Dawson is a gifted actor, who can handle both an outlandish comic plot (Geneva Swift anyone?) or the saddest, most poignant one (Brad’s death) with equal skill and believability. That’s central point because in the hands of a lessor actor, this complex character would have probably gone up in flames ages ago. Dawson’s portrayal goes beyond the paper characteristics of Henry.

As an avid fan of this character, I’ve been pretty vocal in whom he should be paired with romantically. For a very long time, I’ve adamantly stated that Henry and Katie (Terri Colombino) are true soul mates. I even wrote a column stating that, so it’s in writing. I’ve long waited for "Kenry" to evolve from best of friends to best of lovers. And that means I’ve invested a whole lot of time (years) patiently waiting for Katie to finally realize Henry is her destiny. I’ve often thought that Henry played second banana in a lot of storylines far too many times. Even when it involved Katie, Henry has often been second fiddle. His romance with Vienna (Ewa da Cruz) at times seemed like a less important storyline, one used to propel Katie’s story. Regardless, this is an actor that can definitely carry the starring role. And so I was delighted, but conflicted, when Henry got a huge romantic, emotional, and front and center storyline………with Barbara Ryan.

My initial reaction was that of someone who never in a million years would have put these two together. I was shocked and thrilled to see a veteran actor like Colleen Zenk-Pinter getting a juicy storyline. I’ve been very vocal in my disappointment at how veteran ATWT cast members are treated. So the fact that one of those vets was now being handed this front burner storyline has to be applauded. And Barbara has always been a particular favorite of mine, so all the better.

I was initially torn at this development and what it meant for Henry and Katie. In recent months, Henry had again hinted at some stronger-than-just-best-buds feelings for Katie. So at first, it seemed that this Henry/Babs pairing was just going to be a fun bit of comic relief, a breezy storyline that wouldn’t last. Henry and Barbara would have a madcap affair while Henry healed his bruised heart caused by girlfriend Vienna walking out, and then they would both move on, with no hard feelings. However what was initially just a light, fun storyline quickly evolved into something much more complex and emotional. Along the way, it turned out that Henry and Barbara had a lot of chemistry together. And a lot of the credit goes not only to Trent Dawson, but also to Colleen Zenk Pinter, as she has knocked this one out of the park. Her portrayal of a gorgeous, wealthy, successful fashion designer, who nonetheless finds herself battling age-related insecurities as she pursues a relationship with a younger man, has been stellar. At times funny, at times heartfelt, but always real, she has authentically tapped into the fears and feelings that a lot of us women in our 40’s, and those beyond, feel. As someone who’s recently left her 30’s behind, I can so relate to her feelings as she competes with a younger woman. Heck, as she competes with all other women in this youth-obsessed culture of ours. 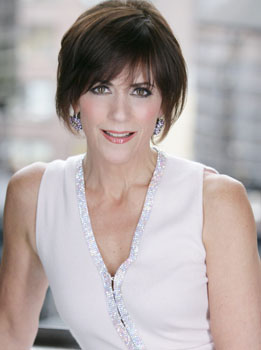 As the plot progressed from an almost-comedy to a very real love story, and definitely in spite of myself, I started to fall in love with this match-up. I found myself looking very much forward to any Henry/Barbara scenes. Their dialogue sparkled, the chemistry was undeniably there, and it was two really fine actors looking like they were having having the time of their lives. Even I, a long-time Kenry advocate, was on the Henry/Barbara bandwagon. I’m a little ashamed to admit that must make me really fickle. I still love Katie though. Maybe she and Chris can make a go of things

Currently Henry’s former flame Vienna has returned to Oakdale and wants another chance with Henry. I like the character of Vienna just fine and I find her fun and quirky. But she’s erratic in her commitment to Henry and I’ve always found her so. She’s repeatedly vacillated between wanting money or wanting Henry, and on more than one occasion she’s expressed exasperation when Henry wants something different than she does. There isn’t a bigger example of that then when she decided she wanted a baby, regardless of the fact that Henry repeatedly stated he did not. And most recently, both Vienna and Katie asked Henry to donate his inheritance, from his surprise daddy James Stenbeck, to Oakdale Memorial Hospital. Apparently, Henry keeping the blood money from James’s ill-gotten gains was a no-no even though we all know that cash-happy Henry would have much preferred to keep the cash.

So at the end of the day, I’ve often thought the Henry that Vienna wanted didn’t really exist. She certainly seems disappointed when Henry is, well, Henry. Barbara, on the other hand, accepts Henry for who he is and couldn’t care less what he does, or doesn’t do with his money. And really, with a character as one-of-a kind as Henry, the best recommendation for any mate is that she is someone who wholly appreciates his uniqueness. And that seems to be Barbara.