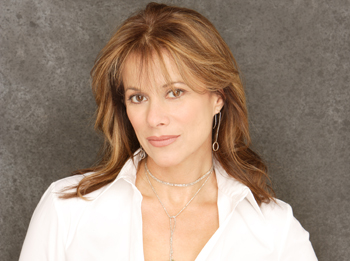 Alexis discovers Kristina after she has another run in with Kiefer!

Pulse Poll Rankings for Wk. of 3/22/10 |
Don’t forget to vote for your favorite actor, actress, and couple in the Pulse Poll beginning at 4PM |

Alexis arrives at the lake house in time to see Kiefer running away and she discovers Kristina on the floor sobbing and injured. As she takes Kristina to the hospital she inadvertently hits Kiefer with her car and drives on. Later at the hospital, Kristina confesses to Sonny, Alexis and Dante that it was Kiefer who beat her and not Ethan. Sam and Molly discover a badly injured Kiefer lying along side the road and call for help. Dante and Sonny get into an altercation when Dante accuses Sonny of not being a fit parent to Kristina. Sonny lashes out at Olivia and Dante punches Sonny.

Meanwhile, Lucky informs Luke and Ethan that Kristina has confessed about Kiefer being the one who beat her, but Ethan isn’t off the hook. Lucky arrests Ethan for the hit and run on Kiefer after finding a dent in the front end of Ethan’s car. Back at the hospital, Warren, Kiefer’s father wants justice, while Kiefer’s mother, Melinda lashes out at Alexis. Dante forgives Olivia for keeping the secret of Sonny being his father as Sonny worries Olivia’s testimony could put him behind bars.

Alexis admits to Diane she is the driver of the car who hit Kiefer and Diane advises her to tell the truth sooner rather than later. Jason asks Spinelli to investigate Kiefer’s hit and run. Alexis admits her guilt to Sam who pleads with her not to turn herself over to the police because Kristina is going to need her now more than ever. Alexis goes to Mac with the intention of confessing to hitting Kiefer. Ethan cannot believe Kristina is asking him if he was the one who hit Kiefer.

Maxie takes the witness stand and later, Spinelli confirms Maxie’s suspicions about Michael killing Claudia. Edward tries to bully Steve into giving Maya a place in the internship program at the hospital. Steve only agrees after seeing Maya’s skills first hand. Johnny asks Olivia to move in with him. Lulu and Dante share a romantic evening together but she becomes uncomfortable when Dante talks about Olivia could have had an abortion but decided to give him life. Claire comes up with a new tactic when she cannot locate Michael. Steve tries to get Elizabeth to go back to Shadybrook but she refuses. Luke and Lulu don’t see eye to eye about her relationship with Dante. Claire calls Morgan to testify but Dante quickly puts a stop to the questioning.

Sonny tells Carly his being acquitted rests on her testimony on Monday, April 5.

Sam and Molly find Kiefer on the side of the road barely clinging to life and call for help on Tuesday, April 6.

Kiefer’s father, Warren, demands immediate justice for his son’s hit and run while Kiefer’s mother, Melinda, lashes out at Alexis on Wednesday, April 7.

Alexis confesses to Diane that she’s the one who ran down Kiefer on Thursday, April 8.

Sonny seethes when Claire puts Morgan on the witness stand on Friday, April 9.