JR has plans to move into the cottage but gets a big surprise. 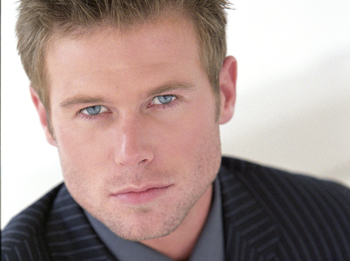 Pulse Poll Rankings for Wk. of 6/21/10 | Vote for your favorite actor, actress, and couple for the week of 6/28 in the Pulse Poll beginning at 4PM!

IT’S ALL ABOUT CALEB

Scott shows up at Wildwind with an offer for Caleb. Erica insists to Caleb that she doesn’t want to run Cortlandt Enterprises with him. David promises Greenlee that they will get their mansion back from Caleb. Erica tries to work Caleb into getting his half of Cortlandt Enterprises. She later reveals to Caleb that David was the one responsible for the plane crash. Jackson questions Erica on whether she really wants Caleb to leave town. Erica tells Caleb that they have to work together for Palmer’s sake. Caleb asks Krystal to tell him everything she knows about the Chandler family.

WHEN LIFE HANDS YOU LEMONS …

JR bails Tad out of jail, who has no regrets hitting Paul. Tad signs the adoption papers for Damon and they celebrate the good news. As Damon suggests to Liza that they improve their relationship, the two hug and Damon sneaks in a kiss. Damon hopes Tad never finds out about the kiss he shared with Liza. Colby’s angry when Damon says he can’t come to NY with her. JR plans to move into the cottage and is surprised when Annie shows up. Desperately trying to get rid of her, he has a change of heart when she talks about her past. Annie recounts memories of struggling to survive for her and Emma. JR and Scott wants Caleb to turn over his half of the company to the two of them. Annie and JR scheme to low ball Caleb.

Erica reveals to Jackson and Bianca that she is surrendering Fusion to Greenlee. Frankie offers Madison a place to stay, which leaves Randy unsure. Jesse is suspended. Ryan overhears a confession from David. Greenlee is left shaken by her marriage to David. Krystal warns JR to be careful when it comes to Annie.

Scott makes an offer to Caleb on Tuesday, July 6

Caleb plans to turn the tables on David on Wednesday, July 7

Angie has another attack on Thursday, July 8

Colby has second thoughts about moving to NY on Friday, July 9