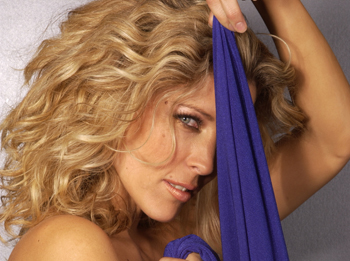 Carly risks her life to save Sonny, will she fall back into old habits?

Carly makes a shocking discovery when she finds Sonny in the water down at
the docks.  She pulls him to safety and takes the injured Sonny back to her
house.  She refuses to leave his side but when Jax comes for a visit, she
hides Sonny and brushes Jax off trying to get rid of him.  After Carly
calls a doctor to tend to Sonny's stab wound, she is touched that he remembers
her birthday.  Jax watches from the window as Carly and Sonny share a close
moment when they both remember their tryst in the back of the limo.  Carly
becomes overly emotional when they remember the good times spent with Michael.
Sonny and Carly resist the temptation to get physical.

Meanwhile, Jason and Sam survive the explosion and return to his penthouse
with a piece of detonator they retrieved from the alley.  Sam fills Jason
in on what has been going on between her, Karpov and Jerry.  While on the
phone with Jason, Sam is grabbed by Jerry.  He forces Sam to tell Jason a
tale to get him off the phone and drugs her before taking her to a freighter for
safe keeping.   Jason goes to Sam's place and finds clues that alert
him, she is in serious danger.  While Jason figures out Sam's whereabouts,
Jerry threatens Sam, she's living on borrowed time.  Jason suspects Jerry
has taken her and gets closer to finding her, as Jerry informs Sam of his deadly
plans for her.  Will Jason be able to rescue Sam before it's too late?

Laura pleads with Scott to not go through with his plans but he has every
intention of stealing her away from Luke once and for all.  Because of
Scott's reckless driving, the two of them are danger as the car teeters on a
cliff.  Robin and Patrick share a moment with the newborn daughter and give
her a name.  Matt shows his brother support when Patrick needs him the
most. Luke and Laura share with each other their feelings and thoughts
about what the future holds for them and their family.

After making a heroic rescue of an unconscious Scott, Luke, Laura and the car go over
the cliff on Tuesday, November 4.

Robin's family hold a bedside vigil after she goes unconscious on Wednesday, November 5.

Laura lashes out at Luke for his lies about being married to Tracy on Thursday, November 6!

After a visit from Jason, Jax lets Alexis know that Sam could be in trouble and later Jax drops a bombshell on a stunned Carly on Friday, November 7.

Jerry takes off to places unknown, but Jason and Spinelli have a lead to his
whereabouts. Laura confronts Tracy about her underhanded tactics to keep
Luke.  Maxie makes trouble for Elizabeth. While Lulu and Johnny
re-discover what they once shared together, Jax is refusing to give Carly a
second chance. Sonny gets a tongue lashing from Carly for ruining her second chance with Jax. Elizabeth insists on knowing what her future holds for her and Jason. Anthony is confident Sonny will join forces with him.