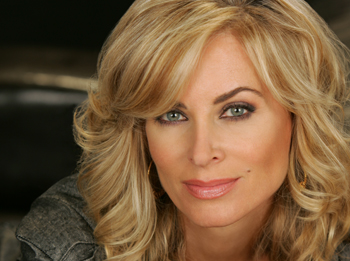 Find out who dies in “Death In Daytime”.

Okay, not really, but someone is going to jail in the novel Death In Daytime, written by real life soap opera star & Emmy award nominee Eileen Davidson. Davidson, who returns to her role as Ashley Abbott on CBS’ The Young & the Restless took her time off between soaps to write this fictional murder mystery. Below is the description of the book, which is on sale now.

{tab=Synopsis}She’s bold. She’s beautiful. And she’s about to go to jail for murder…

Soap opera actress Alexis Peterson has starred in the nation’s top soap opera for almost 20 years. But her career takes a nosedive when Marcy Blanchard is hired as the head writer. Little did Alexis realize that Marcy’s been holding a grudge all these years—and is ready to take her revenge.

So when Marcy turns up dead, bludgeoned to death with her Emmy®, no one is surprised that Alexis is the prime suspect. No one except Alexis, that is, who knows she has to take matters into her own hands if she wants to avoid being arrested for a crime she didn’t commit—and becoming the real killer’s next victim…{/tabs}

Hmm… I wonder where in the world Eileen got the idea for that book? You can find this book in stores now, and be sure to stay on the look out for her next novel, Dial Emmy For Murder. Davidson has starred as Ashley Abbott on The Young & the Restless from 1982-1989 and again from 1999-2007. She will return this month. In between stints on Y&R, she starred on Santa Barbara from 91-93 and Days of our Lives from 93-98. And most recently on Y&R‘s sister show The Bold & the Beautiful from 07-08.