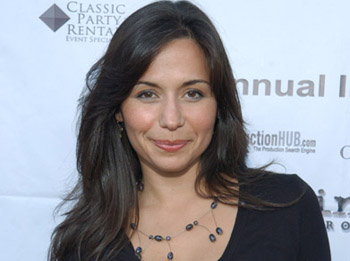 Since leaving her role, as Marianna, on ABC’s daytime drama, General Hospital, actress Yeniffer Behrens has kept herself busy by auditioning and taking roles for commercials and other projects. Yeniffer has taken on a new role of creator and producer of a charity gala, that will benefit Multicultural Learning Center, located in Canoga Park, California. The charity gala will be held on Saturday, February 21st, at the Proud Bird Restaurant at 11022 Aviation Boulevard, in Los Angeles, California. Tickets on sale NOW!

Yeniffer has been busy since leaving her role on General Hospital, as the benefit dinner will launch her new production company, True Form Films, Inc. The first film project to be produced by Yeniffer’s company is a documentary called The Importance of Being Bi-Lingual and Living in a Multicultural Society. The new film project was inspired by the multicultural center, where her young son, Adrian, attends daily.

True Form Films, Inc. has a few films already in development and production including, Late Bloomer, it’s a story about a young Olympic hopeful falls into a coma after she is in a car accident. When she wakes up from the coma, she learns her life is about to turn upside down. She learns her ex-boyfriend has moved on and is now married to another woman. Desperate Housewives’ Ricardo Chavira, stars in the film. Late Bloomer is now in post-production. Two other films are currently in development, The Commercial World and Meches Choices.

The Multicultural Learning Center has served the San Fernando Valley since 2001 providing a diverse group of students bilingual and biliteral programs in Spanish and English, and provide children and their families an opportunity to deepen their pro-social skills and develop an understanding of their culture. The center also provides an opportunity for the students to express themselves through visual, media, and performing arts. The learning center is an independent public school for children (K through 8th grade) who wish to learn and deepen their social and learning skills to become a productive and responsible citizen of the community. “We are thriving to make the school grow to it’s full potential and educate our kids in a multicultural harmony environment to become global citizens,” Yeniffer expressed to TVSource Magazine.

The first annual fund raising gala is going to be hosted by actor and entertainer, Mario Calderon and actress, dancer and choreographer, Isabella Cascarano. A number of celebrities are confirmed to be in attendance, including Wilmer Valderrama (That 70s Show, Clifford the Big Red Dog, Yo Mamma); California Senator, Alex Padilla, and other are expected, but were not yet confirmed. The fund raiser gala is a creation and produced by True Form Films, Inc.

The gala dinner opens with red carpet arrivals and a VIP Reception from 6pm to 7:30pm, followed by a dinner reception from 7:30pm to 9:30pm and the night isn’t over as there will be silent auctions, raffles and entertainment from 9:30pm to 11:30pm. The public is welcome to purchase tickets for the benefit dinner; $50 General Admission or $150 for VIP tickets. You can purchase tickets or make a donation by going to the Multicultural Harmony website.

The Mandalorian will return for season three on Disney+ March 1. The Star Wars series…