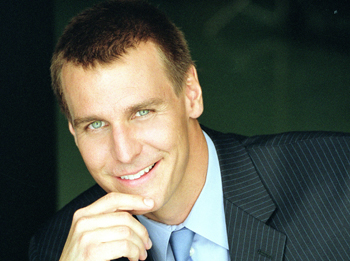 Jax and Carly are living on love this week on General Hospital.

THE CAT’S OUT OF THE BAG

Sonny and Claudia team up to organize the mob summit. While going over the guest list, Claudia suggests Sonny leave Ric’s name off the list. Sonny doesn’t agree and adds his brother’s name to the invitee list. Ric gets his hands on an incriminating DVD and learns of Claudia’s secret. Claudia asks Johnny to attend the Summit, but he refuses. He tells Sonny he will attend but there is one catch….Sonny and Claudia must get a divorce. Raynor puts the pressure on Jason and he has no choice but to wear a wire to the Summit meeting as Raynor insists. Ric reveals his hand to Claudia and pulls the rug right out from under her, as he knows the truth about her involvement in Michael’s shooting.

Patrick has to back out of dinner with Robin, and asks Elizabeth to track her down to deliver the message. Meanwhile, Robin finds herself out of town at a local bar and re-invents herself as a single woman with no children. Patrick becomes unhinged when he learns Robin didn’t call him, but she called Mac. While at the bar, Robin meets a charming young man named Brad at the bar and is unsettled when he asks her out on a date. Patrick drowns his sorrows in a few beer at Jake’s and makes an ass of himself in front of NASCAR driver Jeff Burton. Robin is ready to head home but impulsively goes back and asks Brad if his offer still stands. Patrick and Maxie try to convince Mac that Robin is suffering from PPD and force him to see the truth. Mac receives word where Robin can be found, and Patrick goes to bring her home. After going to see a movie with Brad, Robin makes a bold move.

Carly and Jax share their heartfelt feelings for each other and re-commit to their marriage and their life together. The two mutually agree to re-new their wedding vows, but they cannot wait for the minister to arrive and vow to spend the rest of their lives together. Carly tells Sonny if he’s happy with being married to Claudia, she’s happy for him. Following their renewal of their vows to each other in the park, Jax and Carly spend a romantic day together at Metro Court on their honeymoon. Jax receives a DVD in the mail and is surprised as to what it contains and who it’s from.

Winifred volunteers to destroy the evidence against Spinelli, Jason reluctantly agrees. Lulu is not pleased when Kate wants Maxie and Johnny to attend another gala to promote Crimson. Nikolas lets Lucky know he doesn’t like him spending so much time with Rebecca. Alexis helps out Winifred when she spots her in Raynor’s office. Sam has something up her sleeve. Spinelli and Winifred go after the flash drive in Raynor’s office. Alexis confronts Raynor about his threats to keep Sam from getting her PI license.

Spinelli panics when Maxie claims she’ll end up sleeping with Johnny if Spinelli goes into hiding on Monday, March 16.

Jason is furious when Rayner issues an APB on Spinelli on Tuesday, March 17.

Carly tells Sonny she and Jax are renewing their vows on Wednesday, March 18.

Mac blames Patrick for Robin’s running away on Thursday, March 19.

Carly and Jax continue to bask in their happiness on Friday, March 20.

Ric has Claudia under his thumb. Patrick gets an eyeful when he tracks down Robin. Sam puts herself on the line to help Spinelli. Sam comes through for Spinelli. Jax struggles with whether or not to tell Carly what he’s learned. Robin finally admits she has a problem. Ric blackmails Claudia to do his bidding. Patrick continues to be frustrated by Robin’s behavior. Nikolas and Lucky clash over Rebecca. Ric sets out to win Sonny’s trust. Jax confides his dilemma to Olivia. Johnny tells Sonny he’ll do anything to protect Claudia. Claudia isn’t out of the woods yet. Nikolas and Monica are concerned for Rebecca. Patrick implies to Robin he knows she’s keeping secrets.