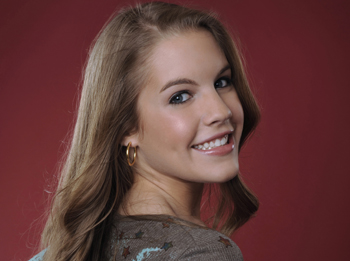 Starr jumps to the wrong conclusion about Schuyler and Stacey.

Bo and Nora tell Matthew the heartbreaking news that he may never walk again. An enraged Nora threatens to send Cole to prison. Nora then unloads on Marty blaming her for Cole’s problems, but when Marty takes the full brunt of Nora’s anger and makes no excuses, Nora admits that she too should have done more, and the two mothers comfort one another.

Rex and Gigi tell Shane he has leukemia. Grandma Roxy convinces Shane to shave his head before he starts to lose it from the chemo, but afterward, Shane worries that he’ll no longer look like his dad. Rex shaves his own head to support his son.

Brody comforts a grateful Gigi, while Bo and Rex lean on each other. Marty turns to someone unexpected for help with Cole.

Cole’s guilt is eating him alive. He rejects Marty’s comfort and wishes he were in the wheelchair instead of Matthew. Matthew, however, doesn’t hold Cole responsible and explains that he should have made better choices himself.

After Addie takes Jack (and Sam) to see Blair, a tearful Jack insists on seeing his father, and his Aunt Viki takes him to the jail to see Todd. Jack tells Todd to stop messing up and come home to be the father that his children need. Todd grows more determined to gain custody of his children.

Starr tells Schuyler that his mother wasn’t responsible for her child’s death. Schuyler doesn’t clear things up with Starr when she jumps to the conclusion that he and Stacy are “together”.

After dumping Todd as a client, Tea confesses to John that she didn’t kill Lee Halperin, but she doesn’t believe Todd did either. John accuses Tea of allowing her feelings for Todd to color her reason. John discovers another calling card, but it’s Marty who figures out the significance and how they all tie together.

Jared and Natalie get DNA samples from Starr, Jessica, Chloe and Baby Hope, and consider how the truth may change so many lives. Roxy visits Rex’s father to get a DNA sample so he can be tested as a match for Shane. Roxy’s anxiety peaks after she discovers Rex’s daddy is a match and she really crashes when Stacy, who eavesdropped on her visit with Rex’s dad, confronts Roxy with her knowledge of the secret.

Layla blasts Cris after she overhears him pour his heart out to a comatose Evangeline. Cris fires back that Layla sabotages her own relationships. Later they are trapped together in the freezer at the diner. There is more to the tension between Cris and Layla. Jessica and Brody break their kiss and try to just remain friends.

Bo and Nora, and Rex and Gigi break bad news to Mathew and Shane on Monday, March 16.

Viki offers her support to Dorian on Tuesday, March 17.

Todd tells his new attorney he wants to fight for his kids on Wednesday, March 18.

Stacy overhears Gigi’s prayers and there seems to be more to Cris and Layla’s bickering on Friday, March 20.

Dorian goes to war with Todd. Stacy sees her way to win Rex, and Gigi is shocked by Stacy’s proposal but is forced to go along. Natalie’s and Jared’s suspicions are confirmed and they struggle with how the truth may hurt Jessica. Bo and Nora are drawn closer by Matthew. Rex gets devastating news.