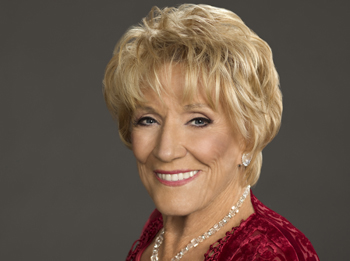 Katherine realizes to prove who she is, she may have to admit to being someone else.

THIS WEEK ON "THE YOUNG AND THE RESTLESS"

When Jill finds out about the explosion, she tells Billy, Chloe and Daniel. After the explosion, Katherine finds herself in the Emergency Room. Katherine is questioned and she reveals little. Katherine confides in Amber and Esther that she can’t remember the last few months. Kay is shocked to see Billy whom she believes is in Hong Kong. Billy goes to tell Jill. Billy wants Jill to come to the hospital with him and see for herself. Katherine tells Amber and Esther that she doesn’t want to hurt Jill anymore than she already has been. Katherine is going to move out of the Chancellor Mansion. Dr. Braun, Katherine’s psychologist reveals that Katherine’s dental records are missing so there is no way to prove that Katherine is really Katherine. Katherine realizes that if she continues to say she is Katherine and not Marge, she will never be released. Katherine declares she is Marge as Jill walks in. After Katherine is released, she goes to Nikki to prove that she really is Katherine Chancellor.

Kevin is trying desperately to hold on to his sanity. Kevin finds himself as the prime suspect in the bombing. Victor has a proposal for Ashley. Ashley debates getting married. She discovers that she is pregnant. Ashley is ecstatic about her pregnancy but she worries about losing the baby. Nick and Phyllis come together and have some fun in the shower…fully clothed. Adam is losing his eyesight. Victor makes Adam a promise. Karen issues a warning to Tyra. Sharon questions Nick about his relationship with Phyllis.

Kevin reaches the point of no return