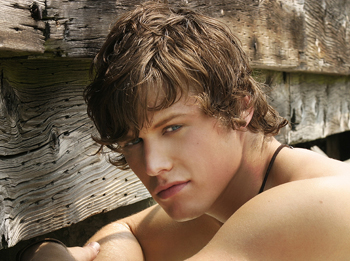 The CW has added one bloodsucker and two potential vamp victims to its cast for its new pilot Vampire Diaries.  Lost’s Ian Somerhalder (ex-Boone) will play Damon who is said to be a smug vampire who can go from playful to evil in the blink of an eye.  Somerhalder will be joined by As the World Turns alum Zach Roerig (ex-Casey) and The Bold & the Beautiful alum Kayla Ewell (ex-Caitlin) as jock Matt and his sister.  The trio will join Nina Dobrev (Degrassi: The Next Generation) and Steven R. McQueen (legendary actor Steve McQueen’s grandson) in the series based on the series of books by the same name that feature a woman who falls for two vampire brothers – one good and one evil.  The brothers battle for her soul and the souls of the others in their small town.

Roerig’s stint on ATWT lasted from 2005-2007. In early 2007, the actor expressed a desire to do other projects outside of soaps. In 2005, the actor took a short break from the show to film the Aaron Spelling pilot Split Decision starring Susan Walters (ex-Diane, Y&R) and Jessy Schram (Hannah, Veronica Mars).  During that time, Friday Night Lights alum Scott Porter filled in. The series wasn’t picked up by CBS.  Prior to doing soaps, Roerig was a model with the Stone Model & Talent Agency based in Ohio, before moving out to New York to become a part of Ford Models.  Roerig later returned to soaps,  doing a short stint on ABC’s One Life to Live as Hunter in the summer of 2007.

Originally a four-book novel series back in the early 90s, HarperCollins re-issued the books with new covers after the success of the Twilight franchise.  In that same vein, the series is now being issued in live action in the form of a television series just as Twilight has been translated to the silver screen.  Since the success of the reissued books, three more books have been released under the series’ name.

Kevin Williamson, creator of 90’s staples Dawson’s Creek and the Scream franchise, will pen the script along with Julie Plec.  The two will executive produce the show along with Alloy’s Les Morgenstein and Bob Levy.  Morgenstein was the brains behind the re-issue of the Vampire Diaries books.