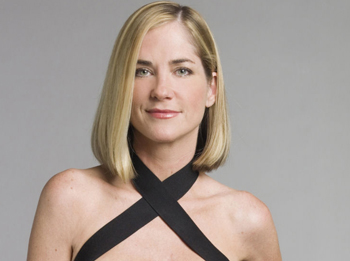 Blair and Marty face off over John; Zach wants Todd to pay.

PAYBACK IS A BITCH

Zach Rosen is back in town, and he’s not happy. He wants Todd to pay restitution because, while Zach was in prison for raping Marty, Todd became a wealthy man, and continued to live the high life. Zach doesn’t take kindly to Todd’s dismissal of the charges, and is prepared to take extreme measures to get what he wants.Starr comes face to face with Zach, and you won’t want to miss what happens next.

YOU SPIN MY HEAD RIGHT ROUND

Roxy hears about Rex and Gigi’s breakup and zeroes in on Stacy. Still determined to keep the secret about Rex’s father, Roxy helps Stacy convince Kyle to extract marrow from John Doe and make it look like Stacy is the actual donor. However, Stacy doesn’t get off scott free, and despite her best efforts, she’s forced to submit to the donor extraction procedure to keep her ruse alive. Finally! We get to watch somebody stick it to Stacy!

Jared and Natalie are tortured about how to handle their latest secret. They decide that Jessica “CAN’T HANDLE THE TRUTH!” and commit to never telling.

MY LIFE WOULD SUCK WITHOUT YOU

Marty apologizes to Blair for taking John away the night she was stabbed. Blair proclaims her husband off limits to Marty. Meanwhile, Schuyler is completely caught off guard by Starr’s unwelcome advances, and before he can rebuff her, they’re caught in the act by Cole. After Cole leaves, Schuyler makes it clear he doesn’t enjoy the attention. Cole observes an embarrassed but disheveled Starr’s hasty exit, and misconstrues what transpired. Cole tattles to Todd, who’s received a letter from the school about Schuyler and Starr, and consequently rushes to confront Schuyler. Schuyler counters Todd’s accusations by blaming Todd for Starr’s problems, and an enraged Todd decks Schuyler.

Jessica confides in Natalie that she was hoping her friendship with Brody could become more. Brody and Jessica have an awkward encounter. Brody wants to tell the truth but can’t. Gigi later tells Jessica the truth, and Rex overhears. Meanwhile, David’s new career as the icon of the hemorrhoid treatment humiliates Dorian. She covers her embarrassment by laying a kiss on Ray. The Latin lover apologizes for putting the moves on a married woman. Dorian sends David a photo of her kissing Ray.

Matthew’s welcome home party goes sour, as does Clint and Nora’s relationship. David tells Dorian he can’t give up the Hemorrhoid throne to return home. Destiny asks Shaun to contact a mystery person she’s sure can help Matthew but he’s reluctant to do so.

Jack blackmails Dorian, but Ray puts him in his place on Wednesday, April 8.

Starr begins to realize that Zach is dangerous on Thursday, April 9.

Zach taunts Todd by comparing the present situation with Starr to the night he, Todd and Powell raped Marty on Friday, April 10.

Jared and Natalie assume the truth will stay buried. Todd and Zach’s standoff concludes. Roxy conspires with Gigi against Stacy. Clint confides in Viki. John doubts Zach is the “stabber”. Starr and Cole decide to find the truth about Hope’s death