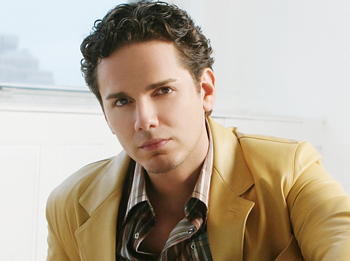 Here’s a bit of good news for Guiding Light fans.

Soap Opera Digest is reporting that the Emmy nominated Paul Anthony Stewart will be returning to the show without a home this May as fan favorite Danny Santos.  Stewart and his co-star, Nancy St. Alban (ex-Michelle Bauer Santos), were dismissed from the struggling soap in the fall of 2005 in order to cut costs.  One of Guiding Light’s more popular couples, Danny and Michelle left the canvas with their children, vows renewed, to go help with the rebuilding efforts in the Gulf Coast after the Hurricane Katrina disaster.

Last month, TVSource Magazine broke the news that former General Hospital star Alicia Leigh Willis (ex-Courtney Matthews) had auditioned for a role at Guiding Light.  Before its cancellation, rumors were that the show was looking to recast the role of Michelle Bauer.  St. Alban wasn’t the most popular with fans, as she followed in the footsteps of Rebecca Budig (Greenlee Smythe, All My Children) and Bethany Joy Lenz-Galeotti (Haley James Scott, One Tree Hill).

While Digest is also reporting that BethAnn Bonner (ex-Talia Sahid, One Life to Live) has been cast on Guiding Light in a new role, we have to wonder if the role is truly new, or simply new to Bonner. Could Bonner have been cast as the new Michelle?  We’ll keep you posted.  What we do know is that she’ll air in June, coinciding with Murray Bartlett’s return to Springfield as the sexy Cyrus Foley and that where there’s Danny, there’s usually Michelle.  The question is, who will take over for St. Alban?