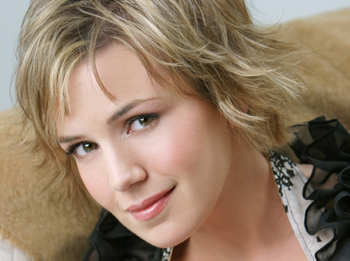 I smell a reunion! Hot off the news of Paul Anthony Stewart’s return to "Guiding Light" as Danny Santos, Soap Opera Source has learned that Nancy St. Alban will reprise the role of Michelle Bauer in late May.

Soap Opera Digest was the first to break news of Danny and Michelle’s impending return. Last month, TVSource Magazine broke the news former "General Hospital" star Alicia Leigh Willis (ex-Courtney Matthews) auditioning for a role at "Guiding Light." Before its cancellation, rumors were that the show was looking to recast the role of Michelle Bauer. SOD reports plans to recast the role were dropped after it was learned "Guiding Light" would be canceled.  The long running serial contacted St. Alban to return to the show.

St. Alban is a graduate of Syracuse University with a BFA in musical theatre.